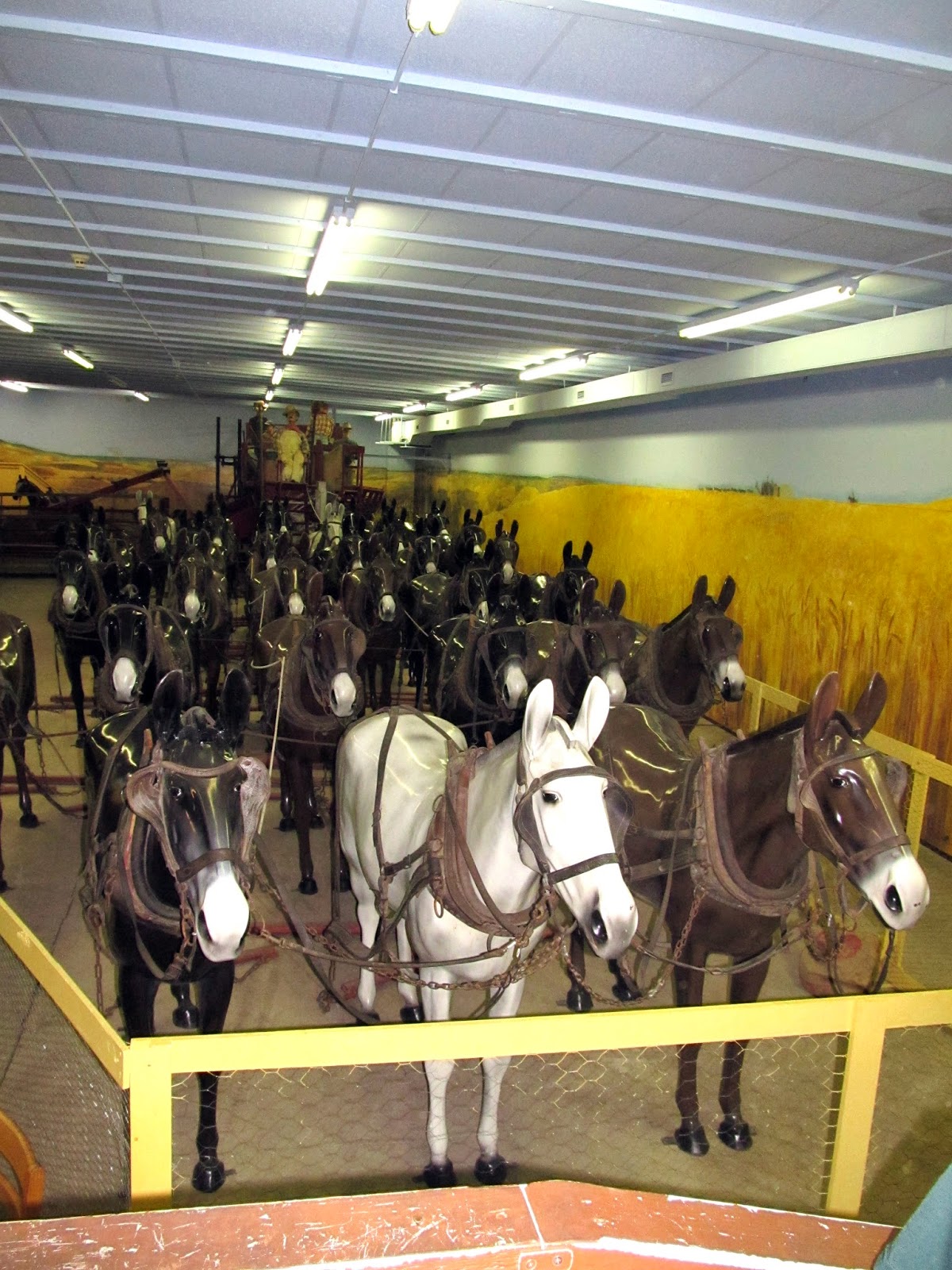 Recently I organized a field trip for a bunch of homeschoolers at Fort Walla Walla Museum and the Whitman Mission. We've done this before, but it has been about 5 years. It was fun to go back now that the kids are older. My favorite part of the Fort Walla Walla Museum is this huge mule team hooked to a harvester. Truly incredible to think that all those mules were controlled by only two lead mules! 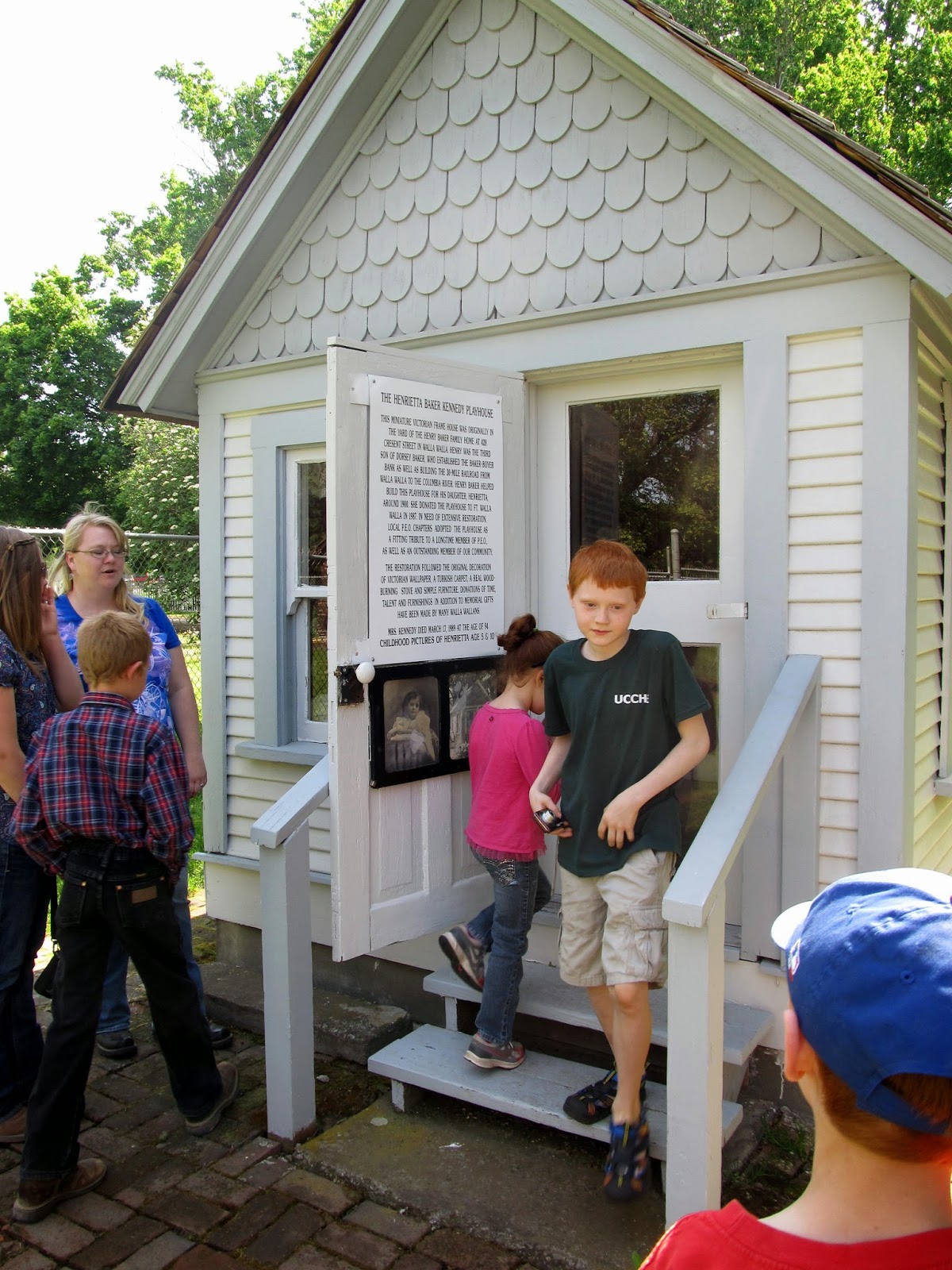 This was a playhouse for a local prominent family, moved to the museum grounds. It has beautiful antique dolls and toys inside. 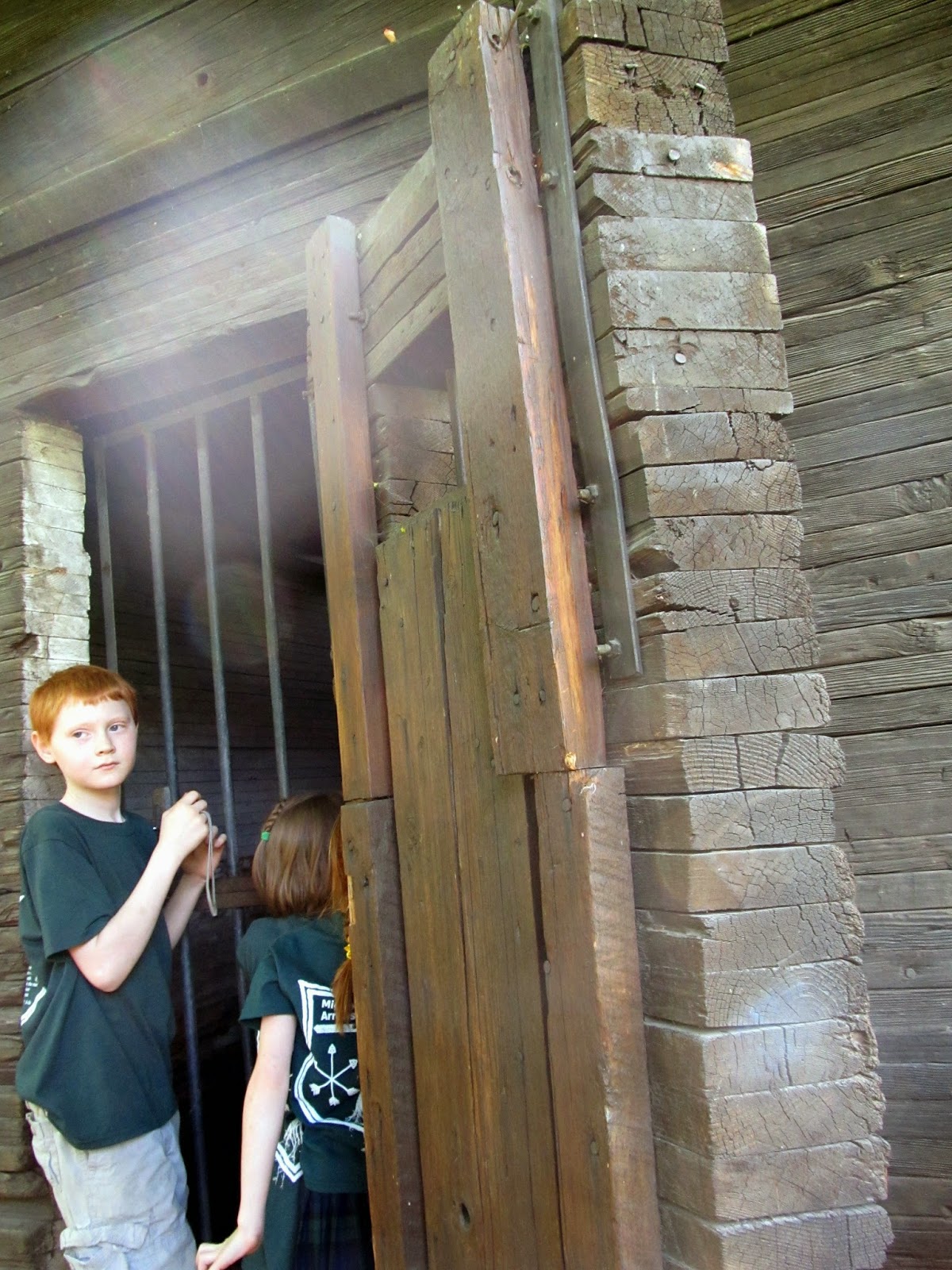 Look how thick the walls are on this jail door! 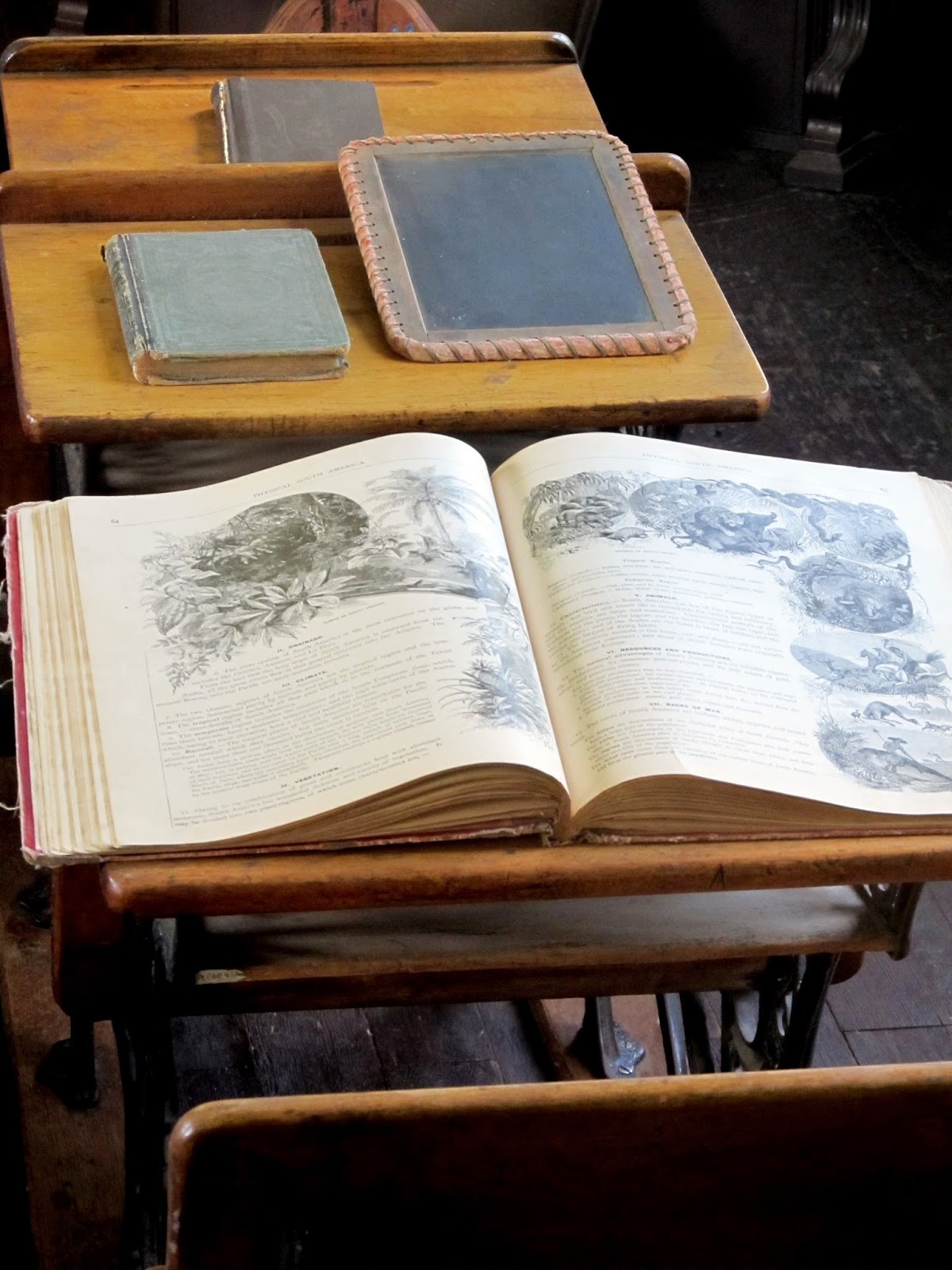 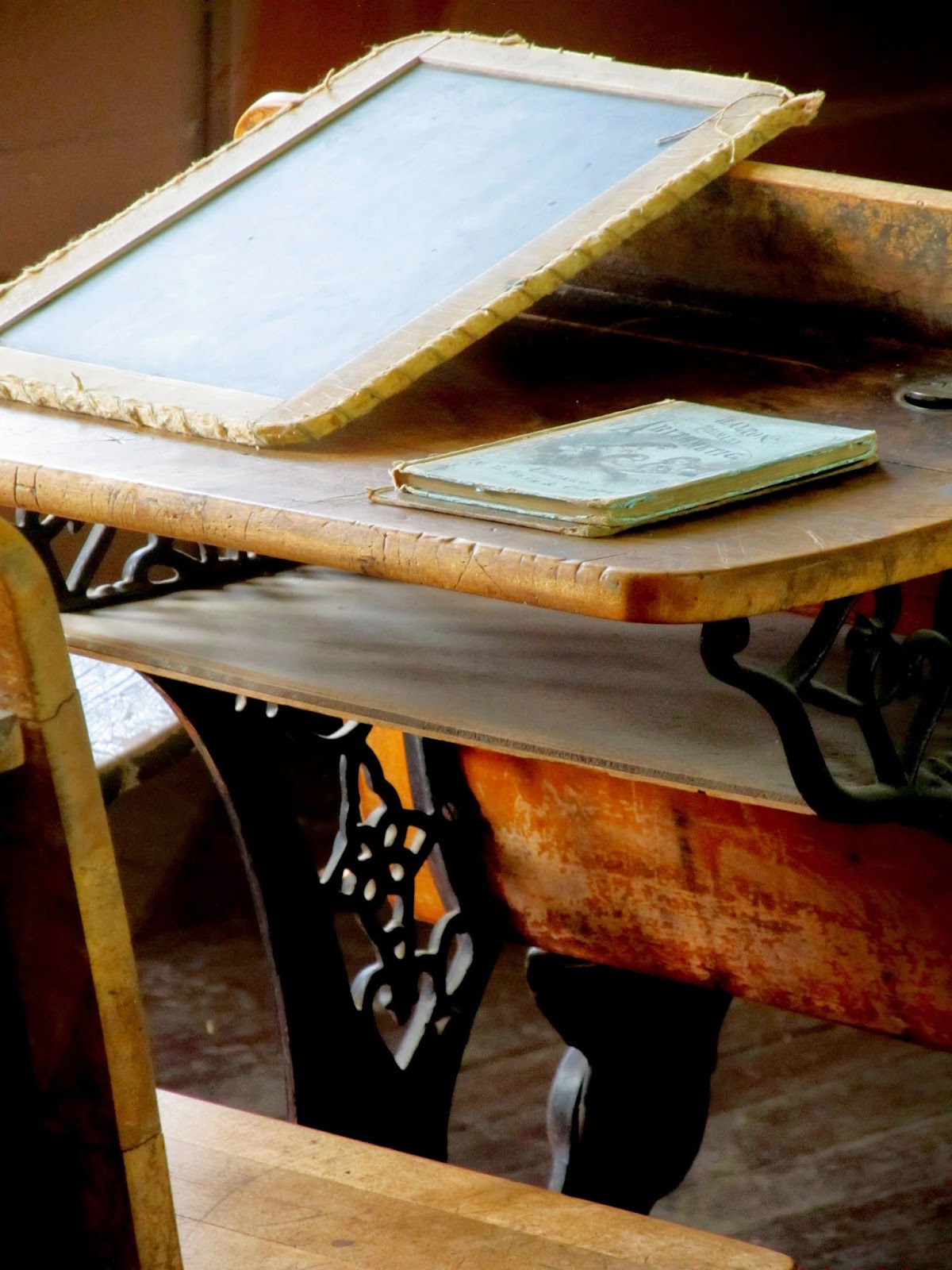 Wish I had room for desks like these in my house. 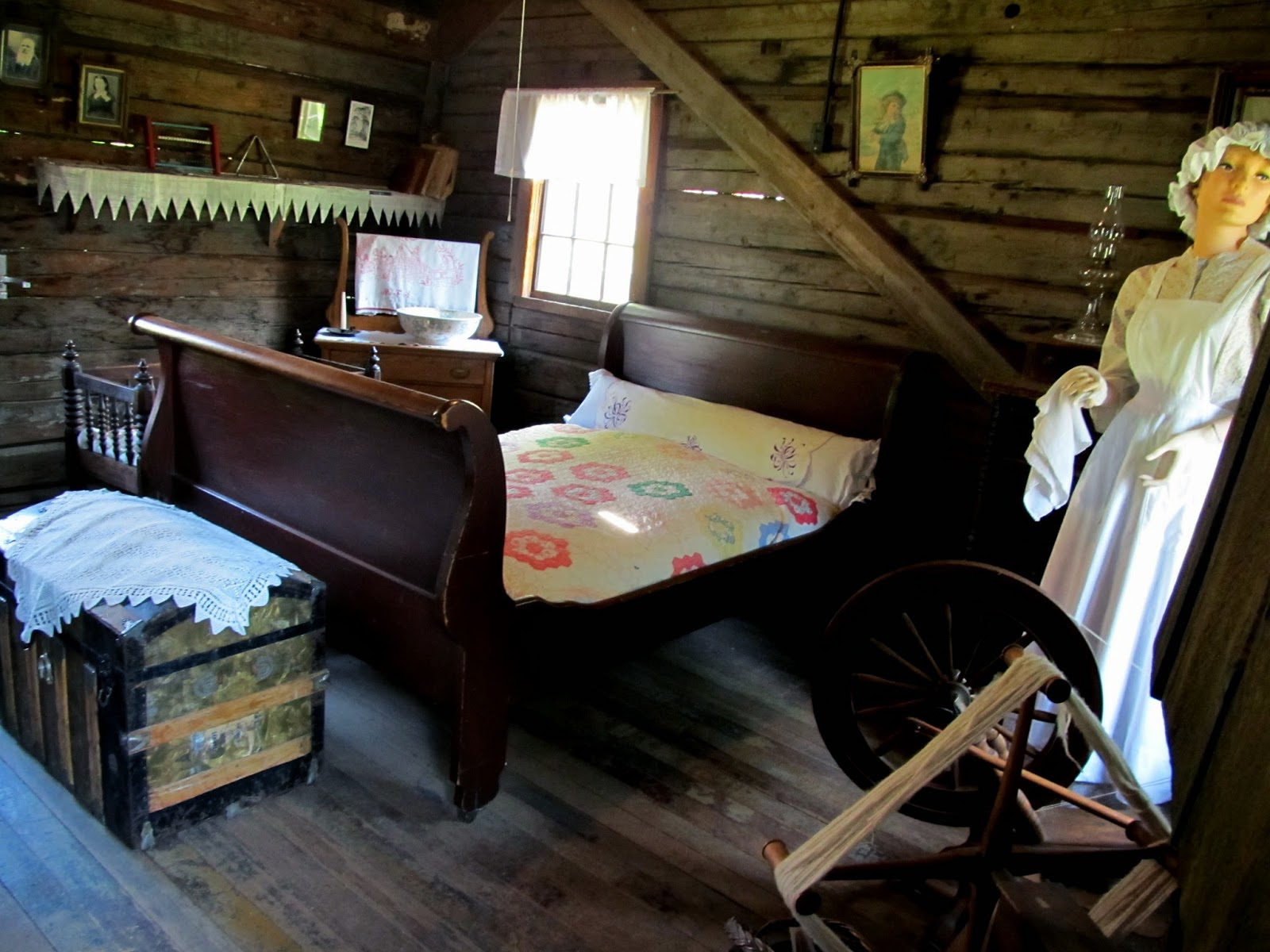 I just can't imagine sleeping in these one room cabins with a whole family! I would think everyone would get on each other's nerves during the winter months. I give so many props to those real homesteaders! 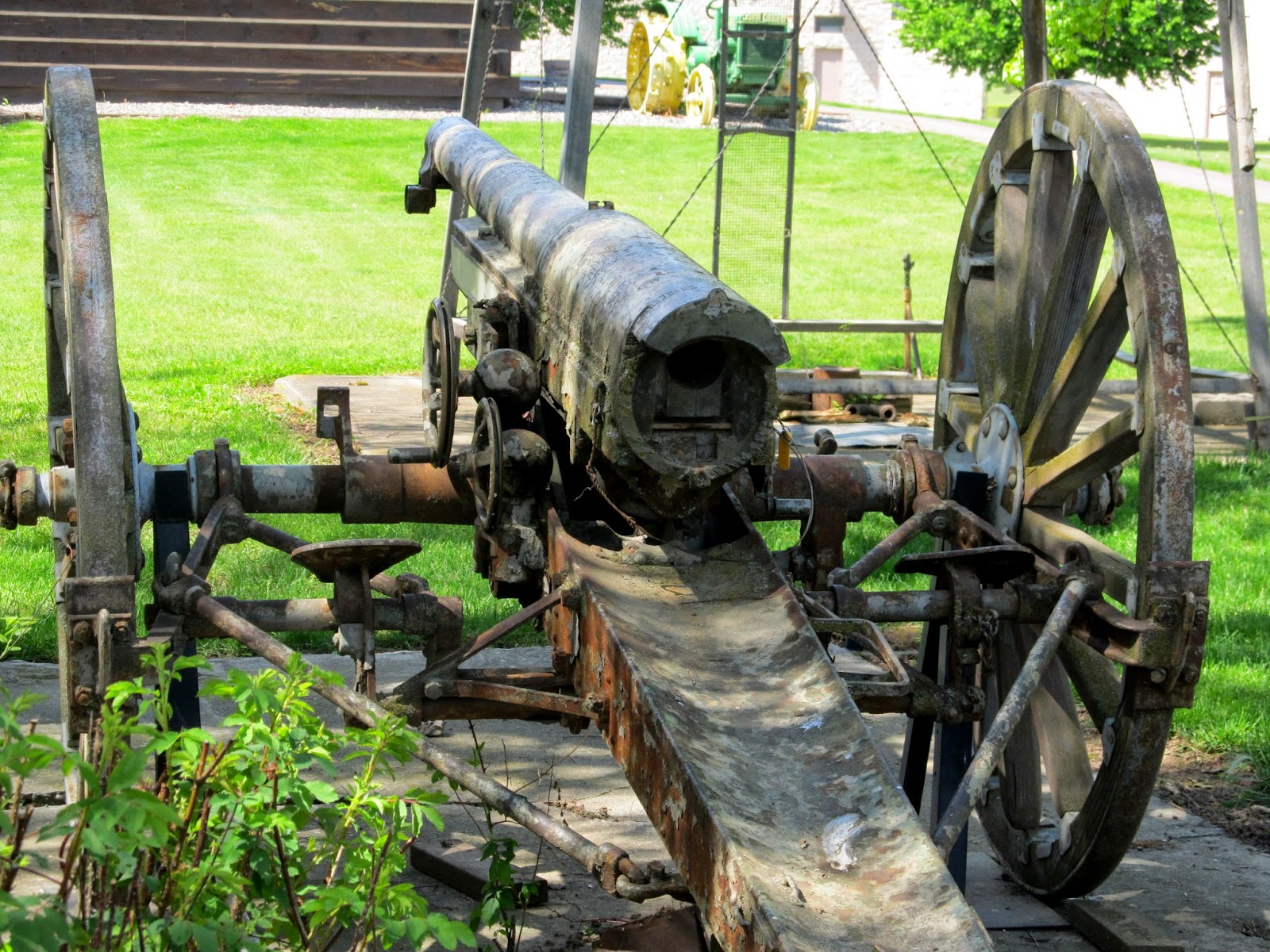 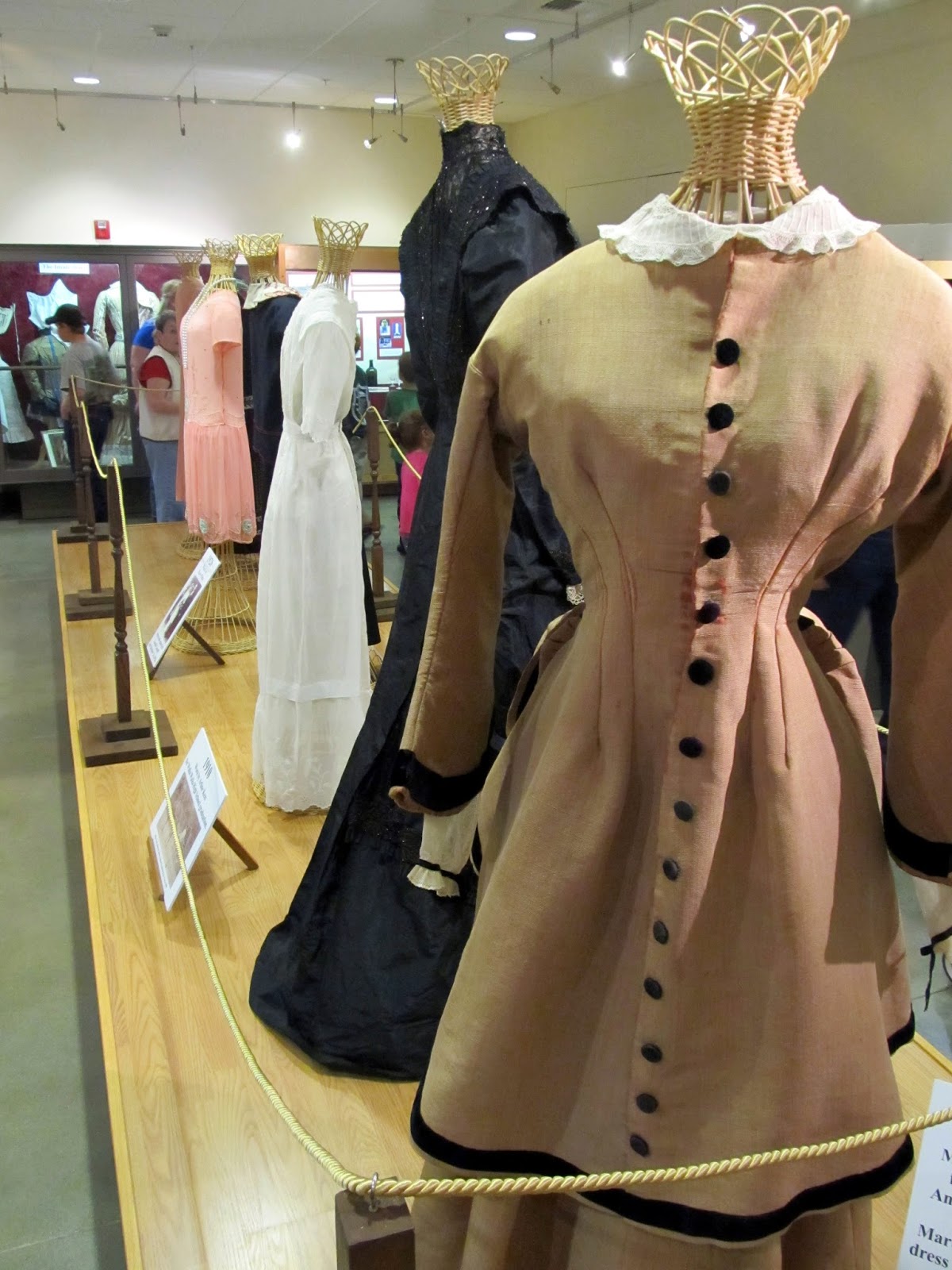 I always love looking at the women's clothing. I marvel at how tiny their waists and shoes were. 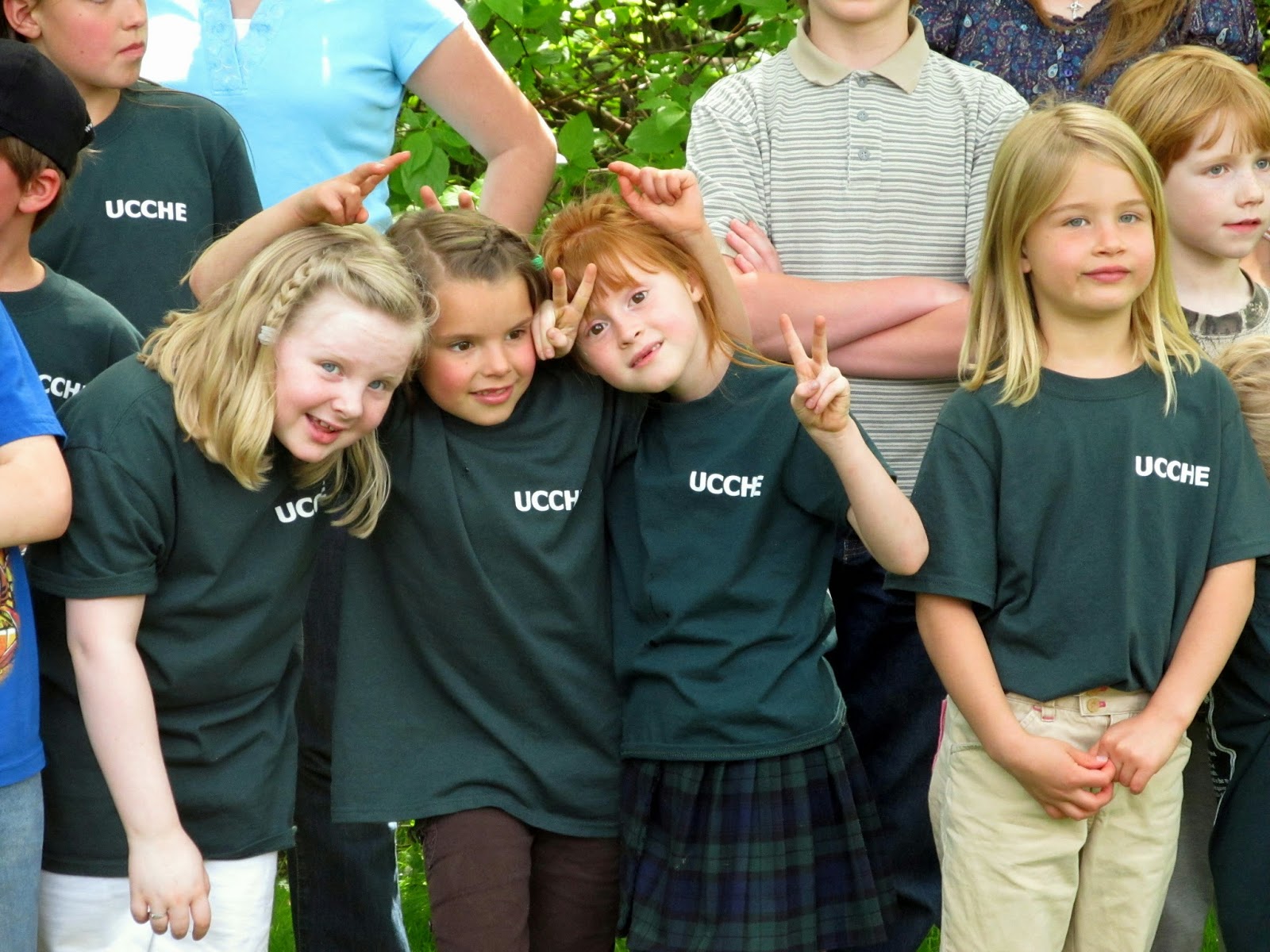 Hailey and Josiah got to see their old friends and made new friends, too. 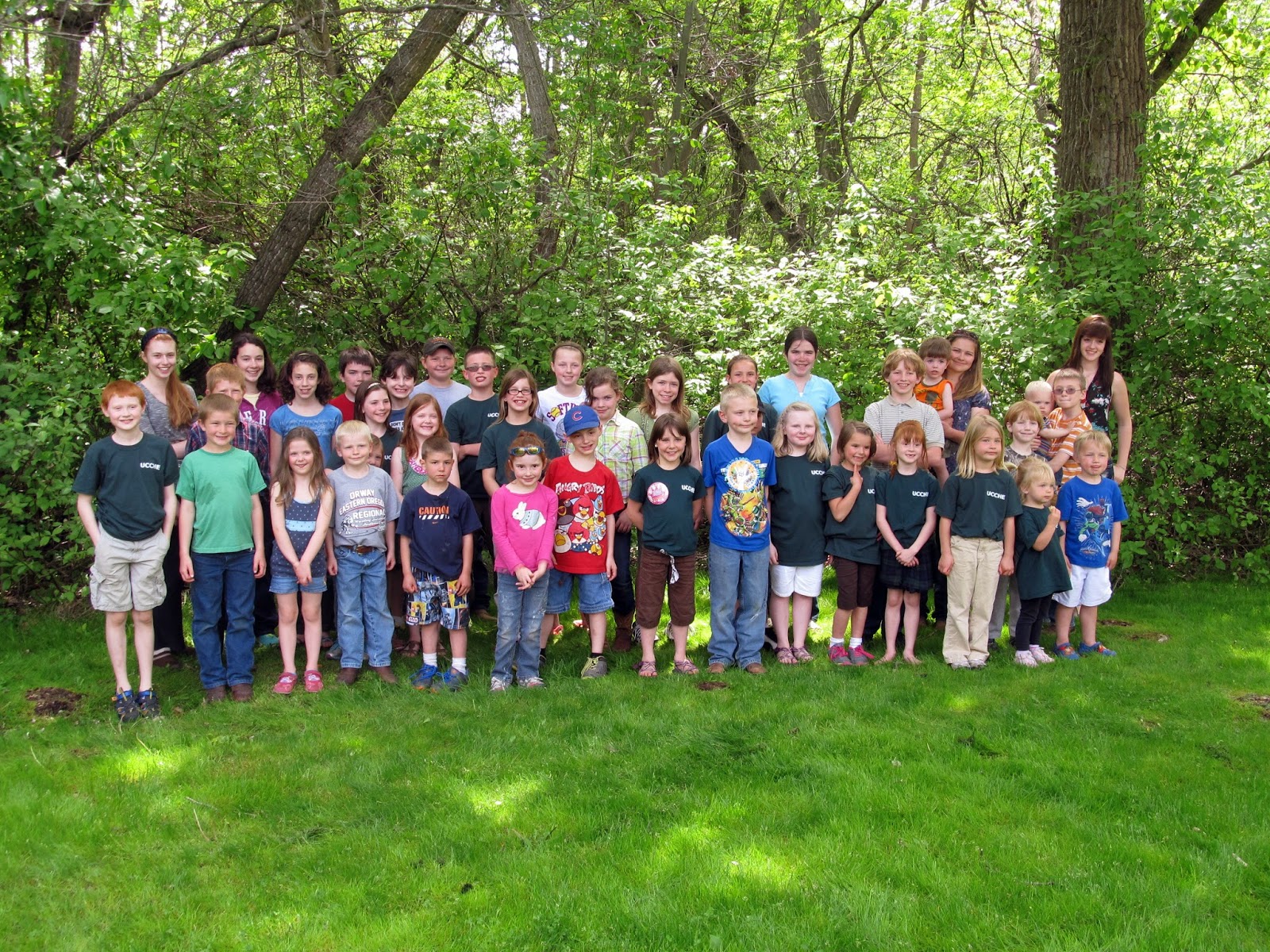 This was most of the kids, but there were a few others that didn't make the picture. We had about 65 people in all including parents. Great turn out! 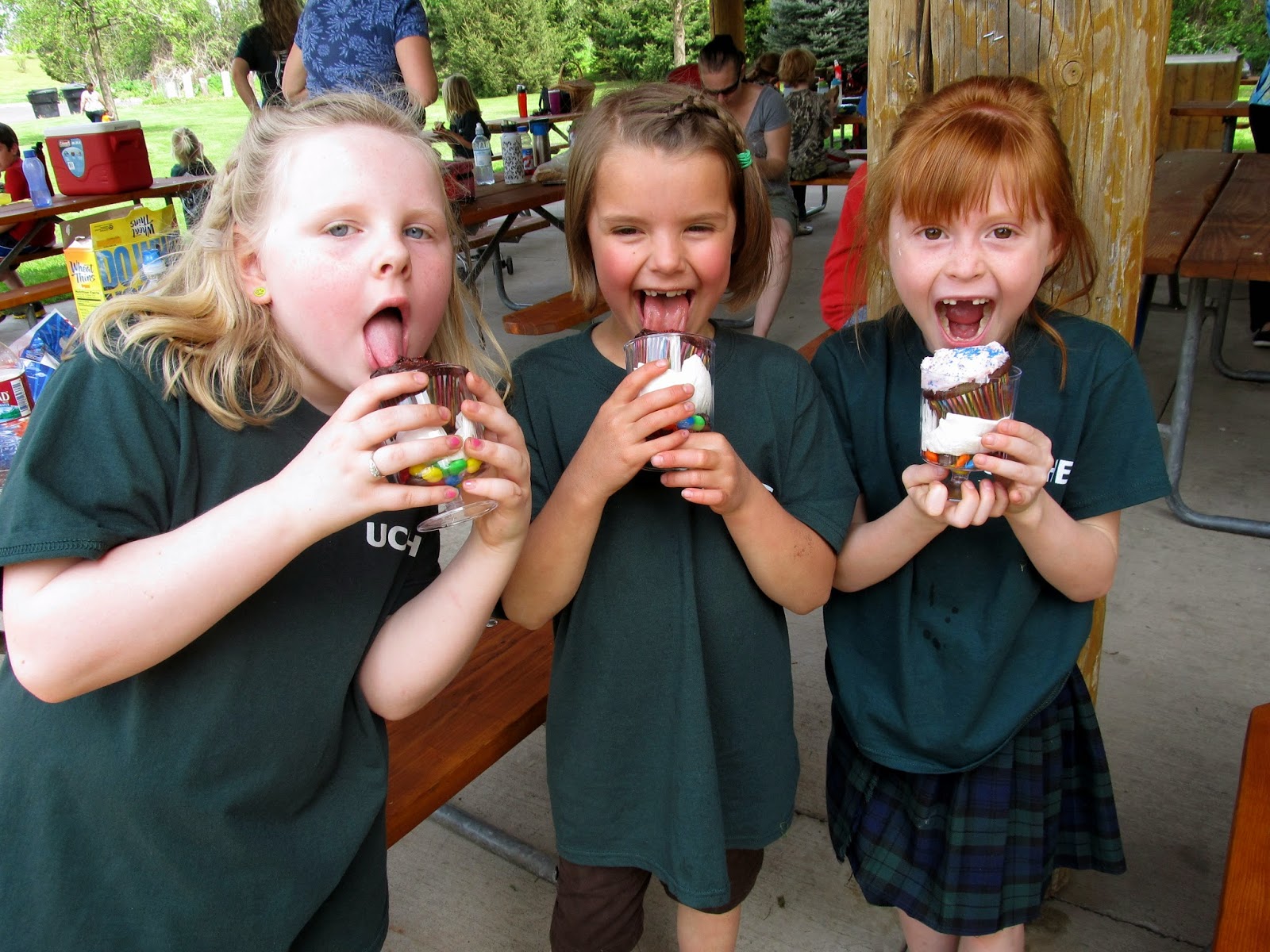 We also celebrated several of the children's birthdays between museums. Look at those toothless wonders! 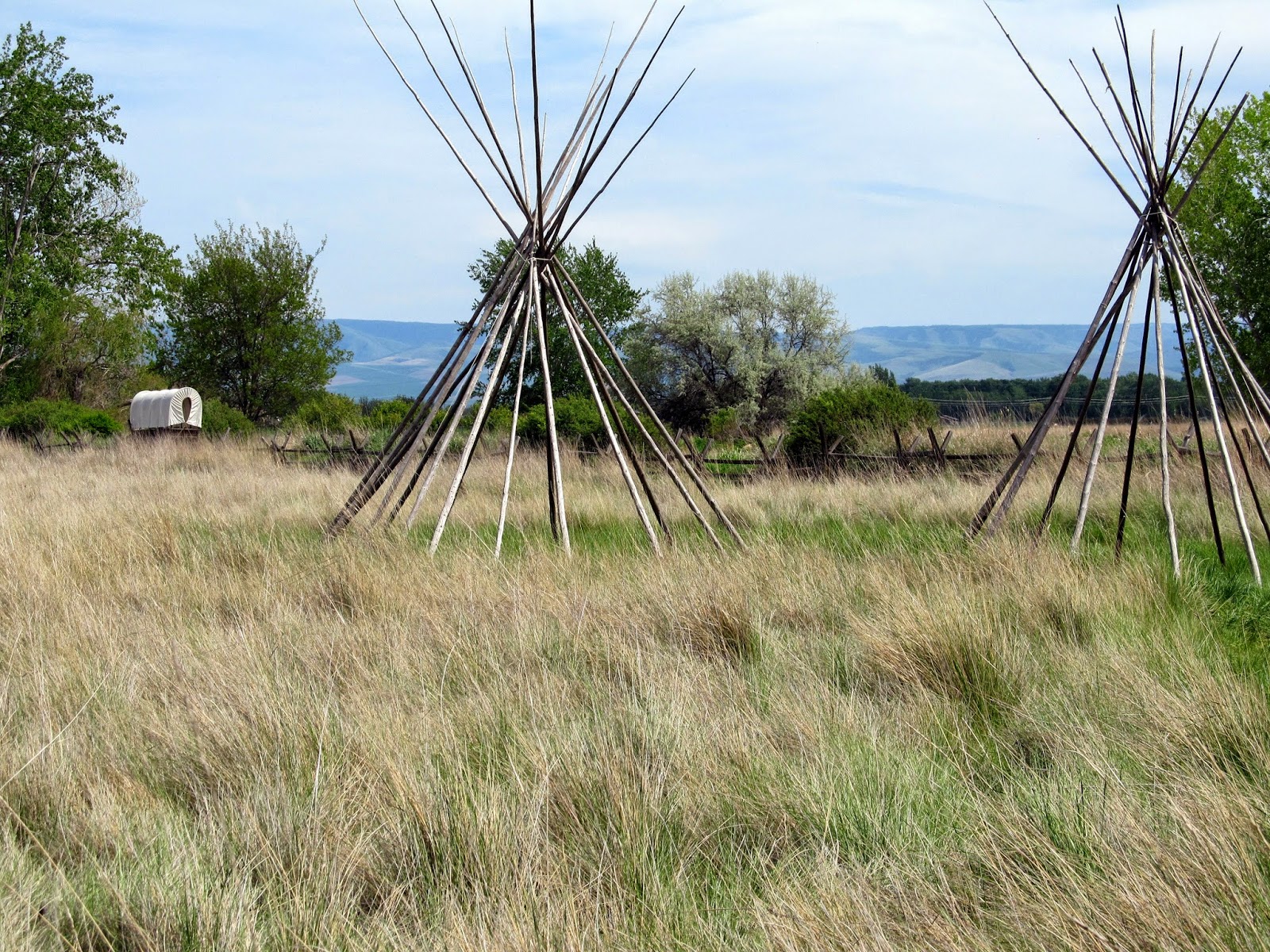 Next stop was the Whitman Mission. Dr. Marcus Whitman and his wife, Narcissa, were some of the first missionaries in this area. He helped get the first wagon trains on the Oregon Trail through the treacherous Blue Mountain Pass. They ran a beautiful mission at Waiilatpu, but through a series of misunderstandings with the local Indian tribes, they were massacred along with 11 others. That incident sparked the destruction of the tribes as they were pushed off their lands, even after the men responsible turned themselves in and were hanged. It is a very sad story for everyone involved. It is a solemn place to visit, full of meaning. 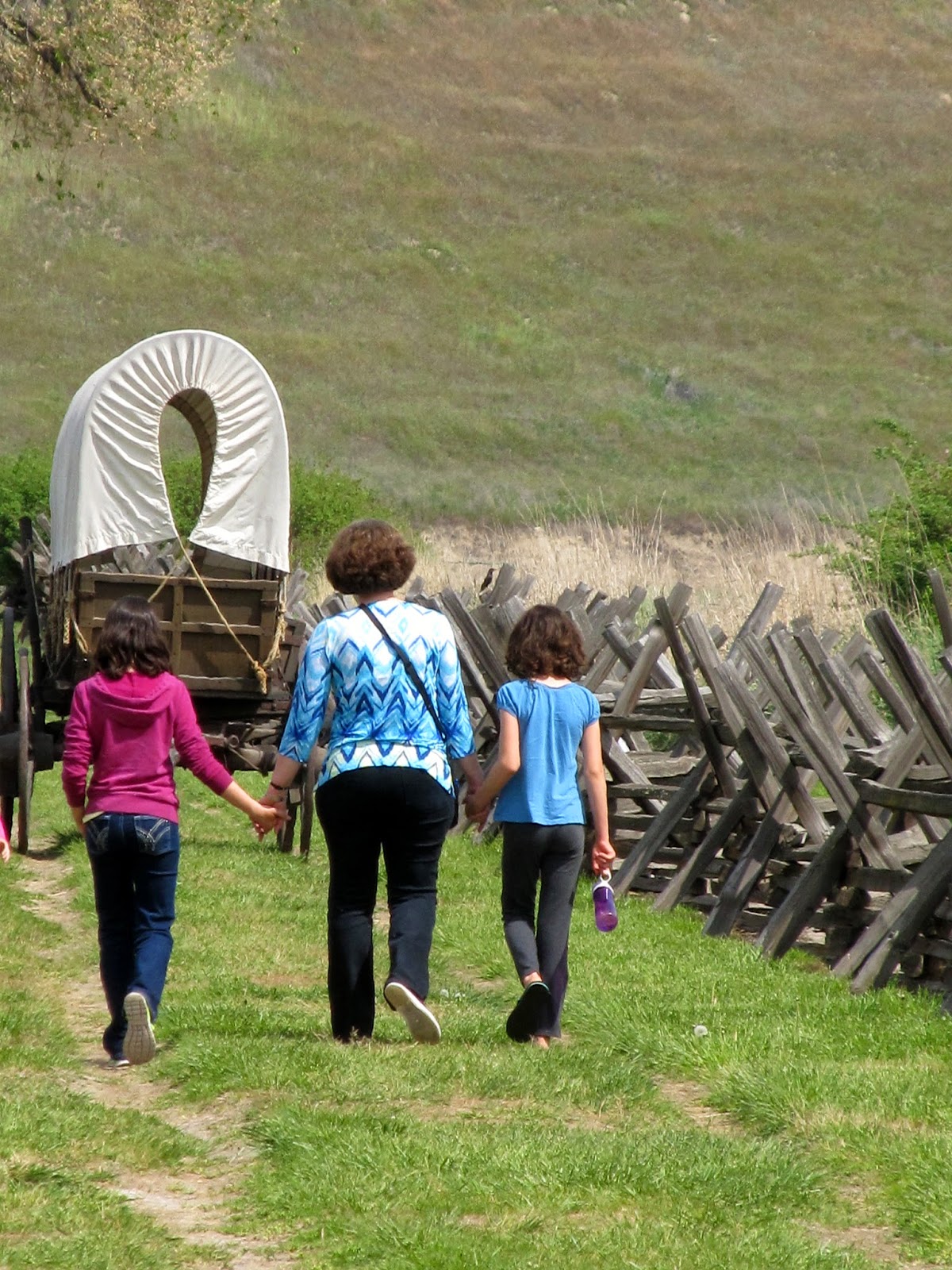 Some homeschooling friends walking along what was once part of the Oregon Trail going right by where the Mission once stood. 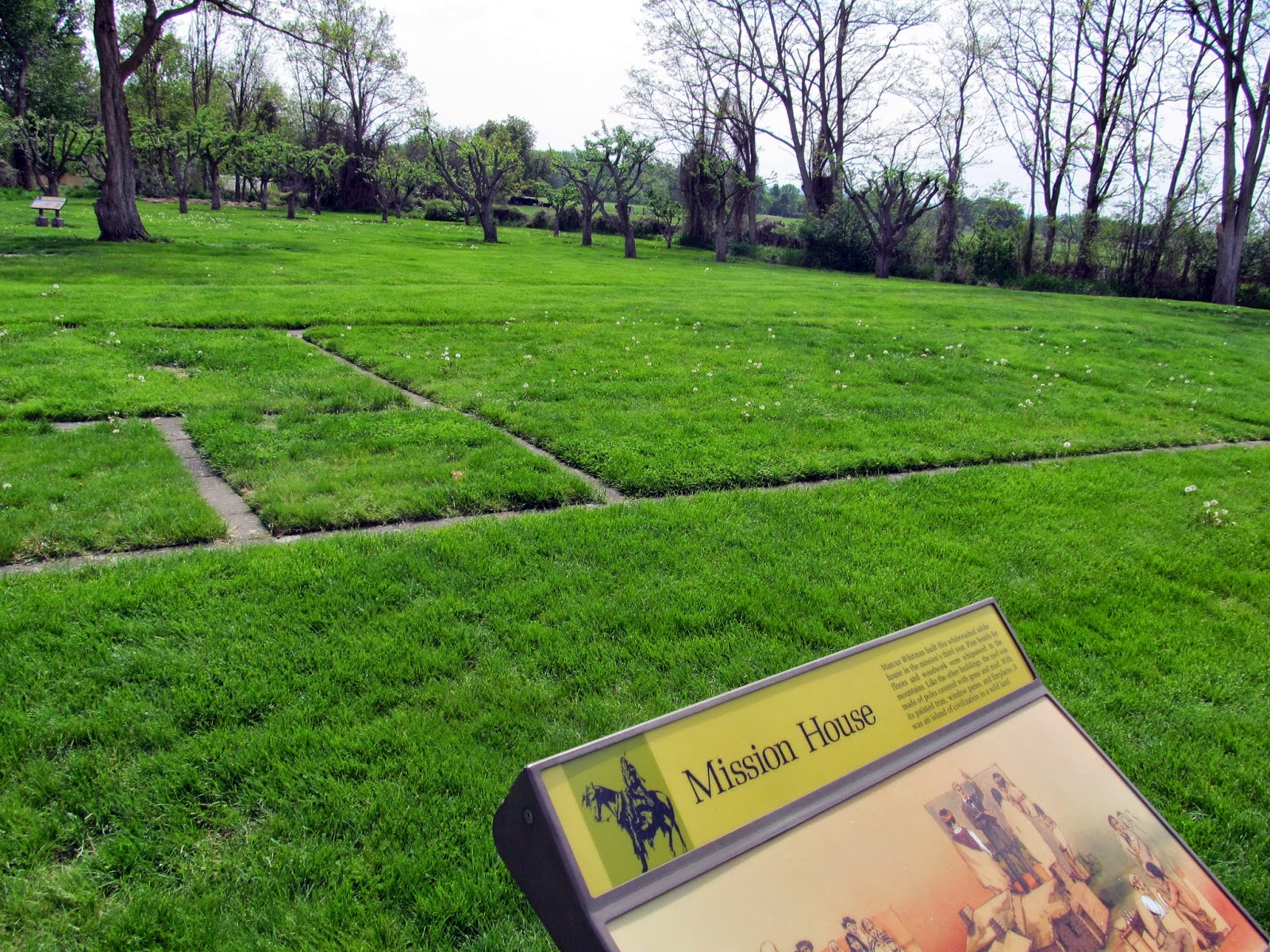 This is where the doctor and his wife, as well as two adopted sons (John and Francis Sager), were killed in their home called the Mission House. 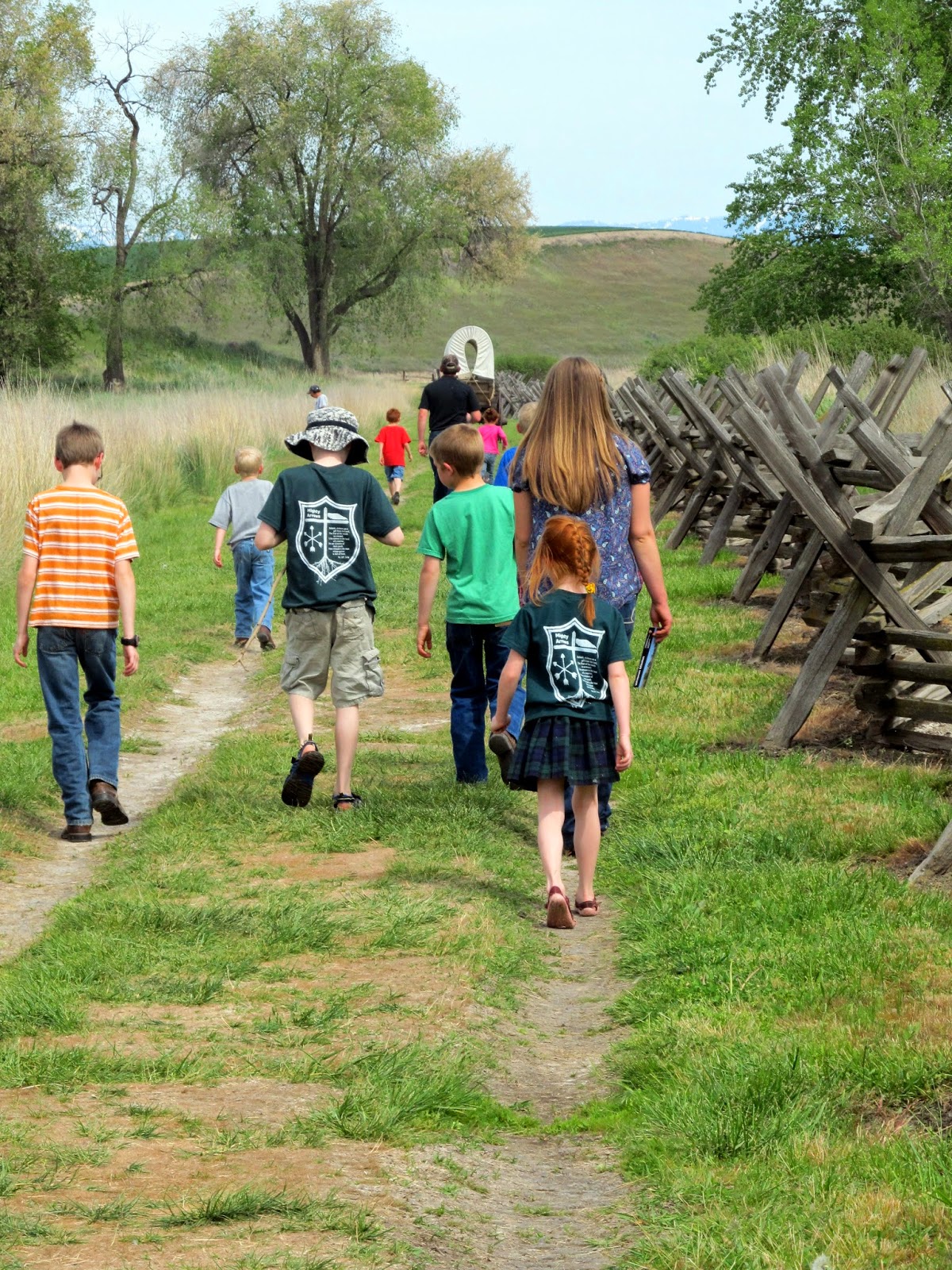 The kids loved walking along the Oregon Trail. 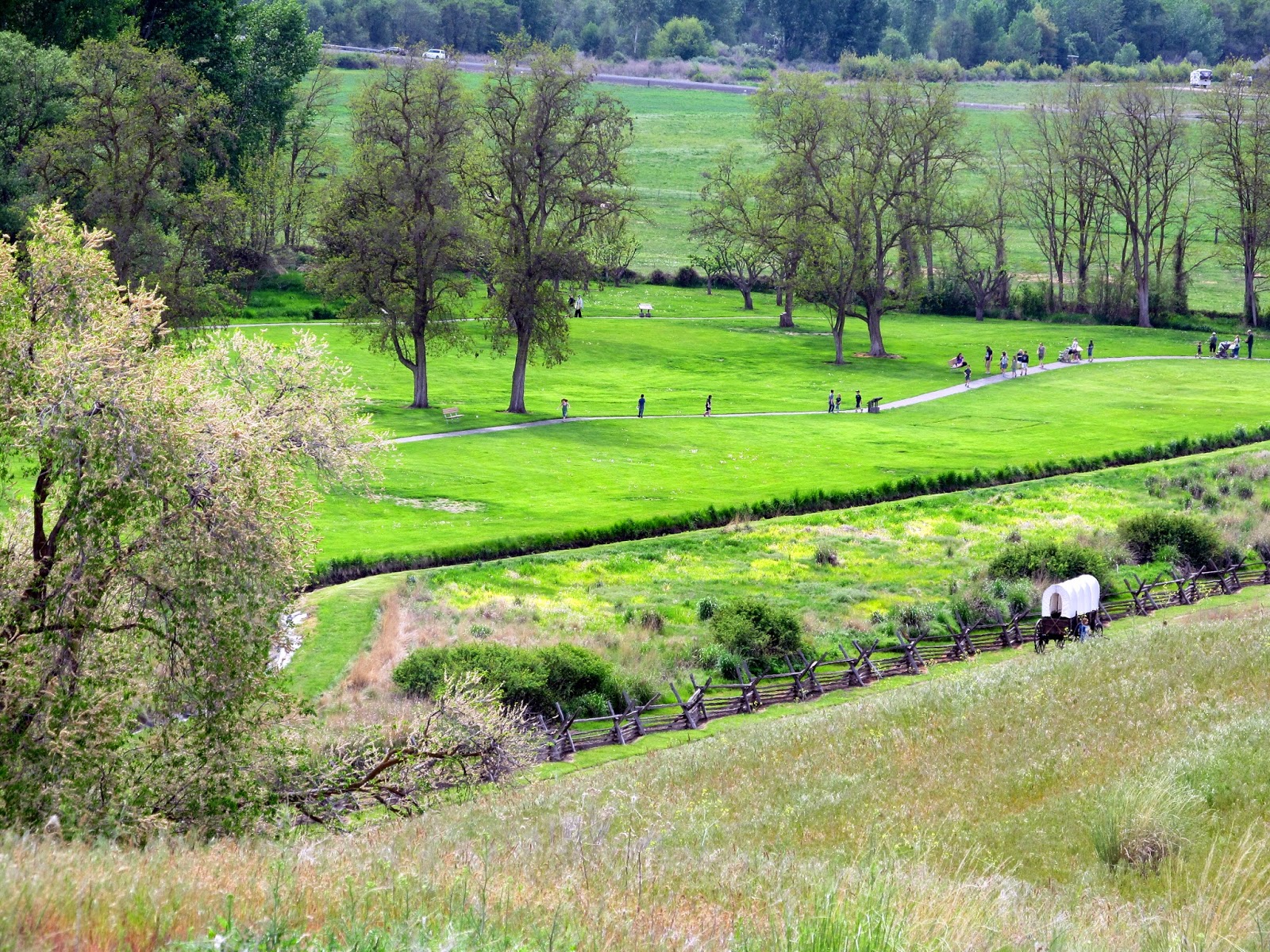 Headed up the hill to where the tall monument stands in memory of those who were killed. The view of the mission is amazing from up here. 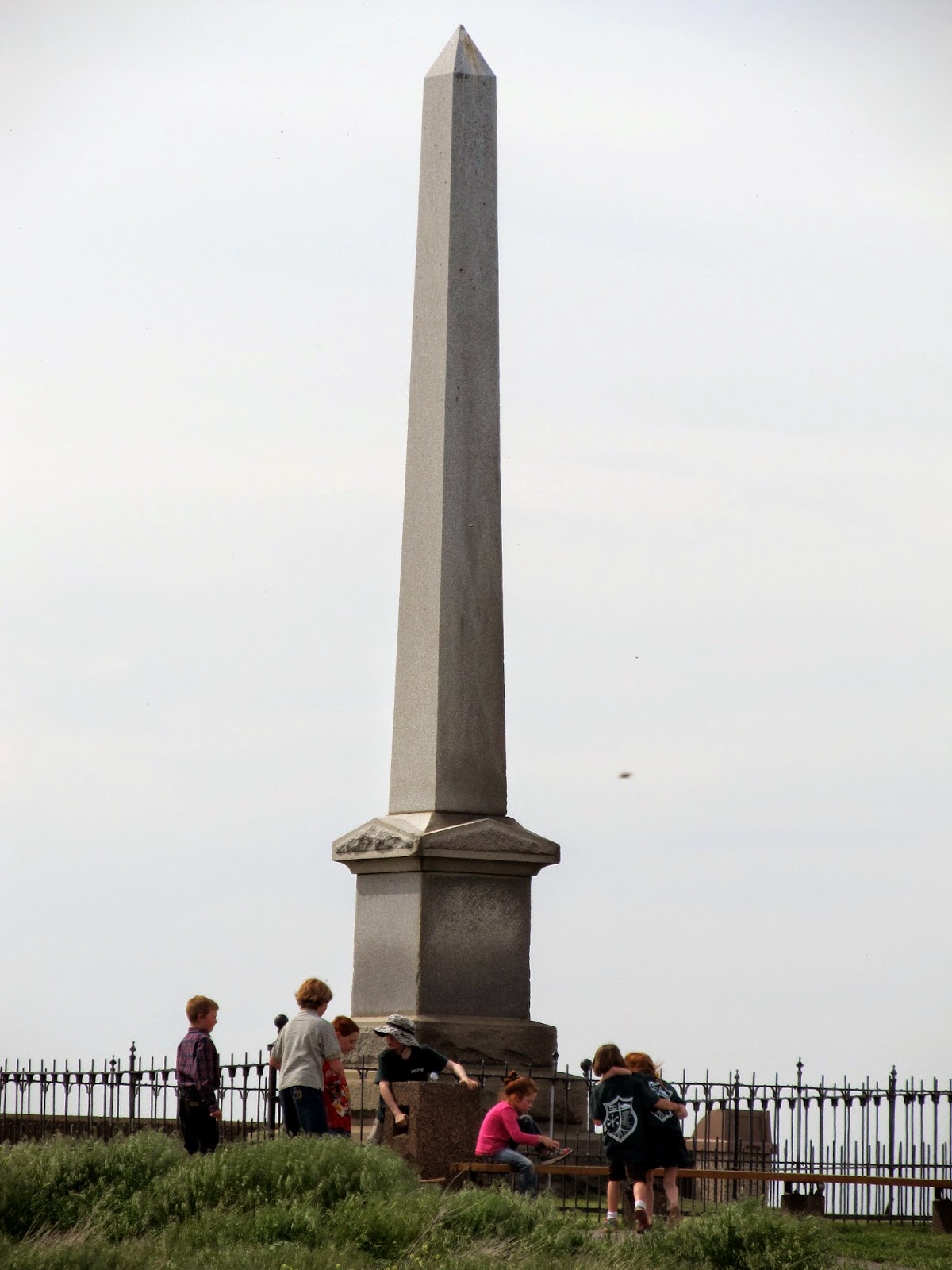 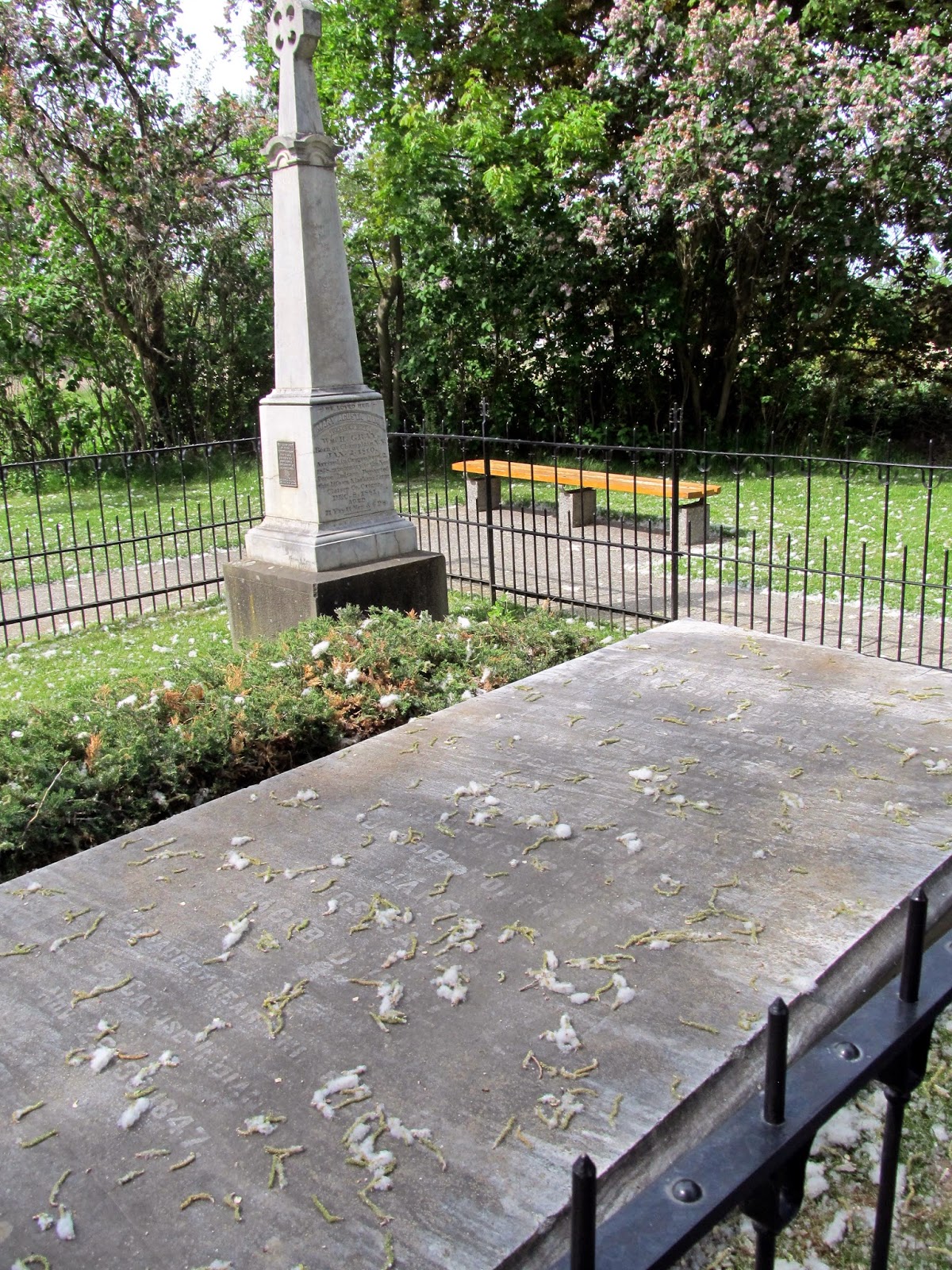 At the foot of the hill, the mass grave sits with all the names of those who died that fateful day.

I hope you enjoyed the pictures of our educational outing. We love field trips and try to go on as many as our schedule will allow.

Have a fantastic week! 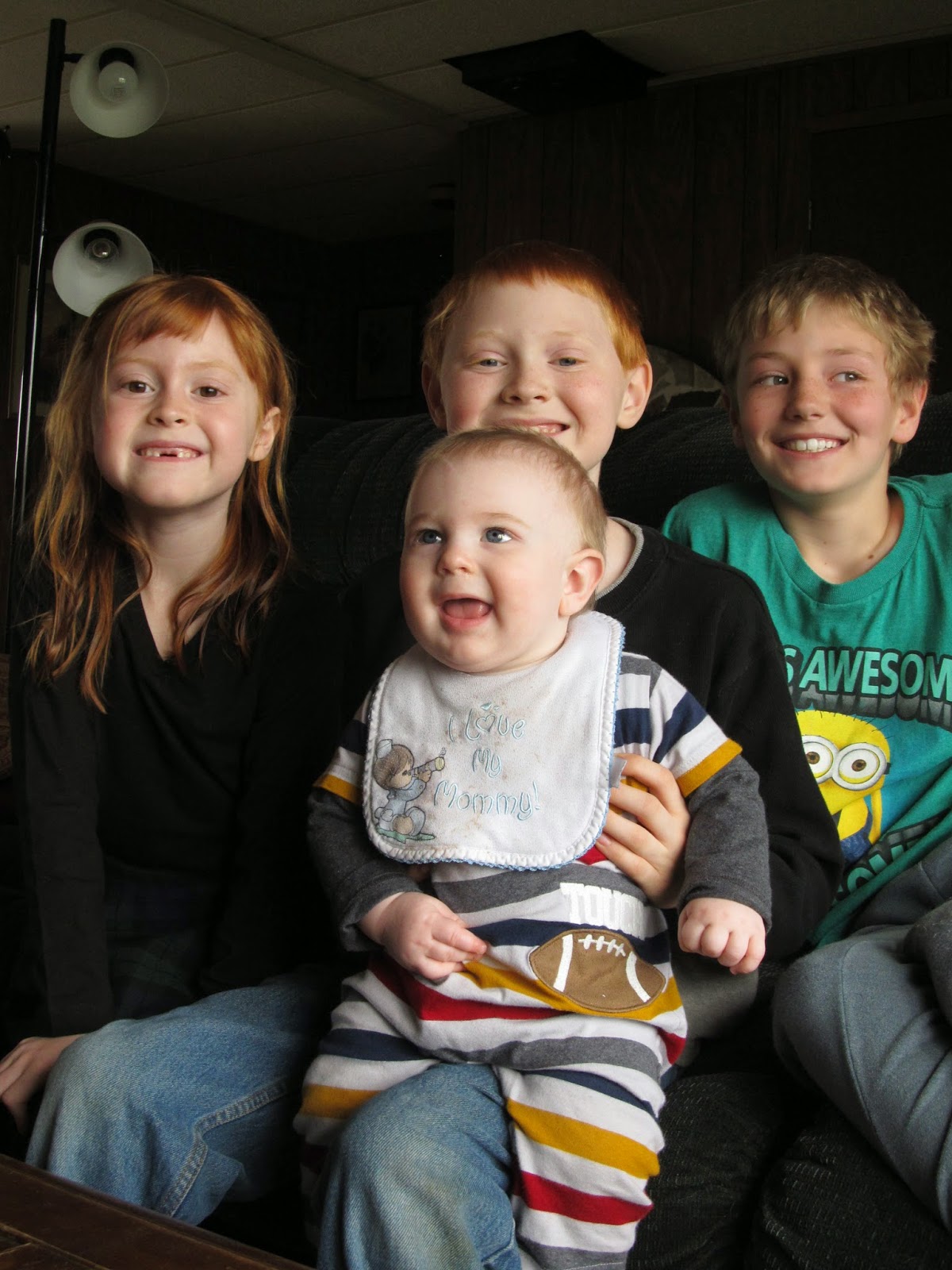 April was a busy month for us. It was filled with lots of company and lots of work around the homestead while we tend the ground God has given us. My sister and her large family visited us during Spring Break and the next week Michael's niece, Crystal and her two boys visited us on their Spring Break. My in-laws also came up to see her while she was here. It was so fun having everyone. 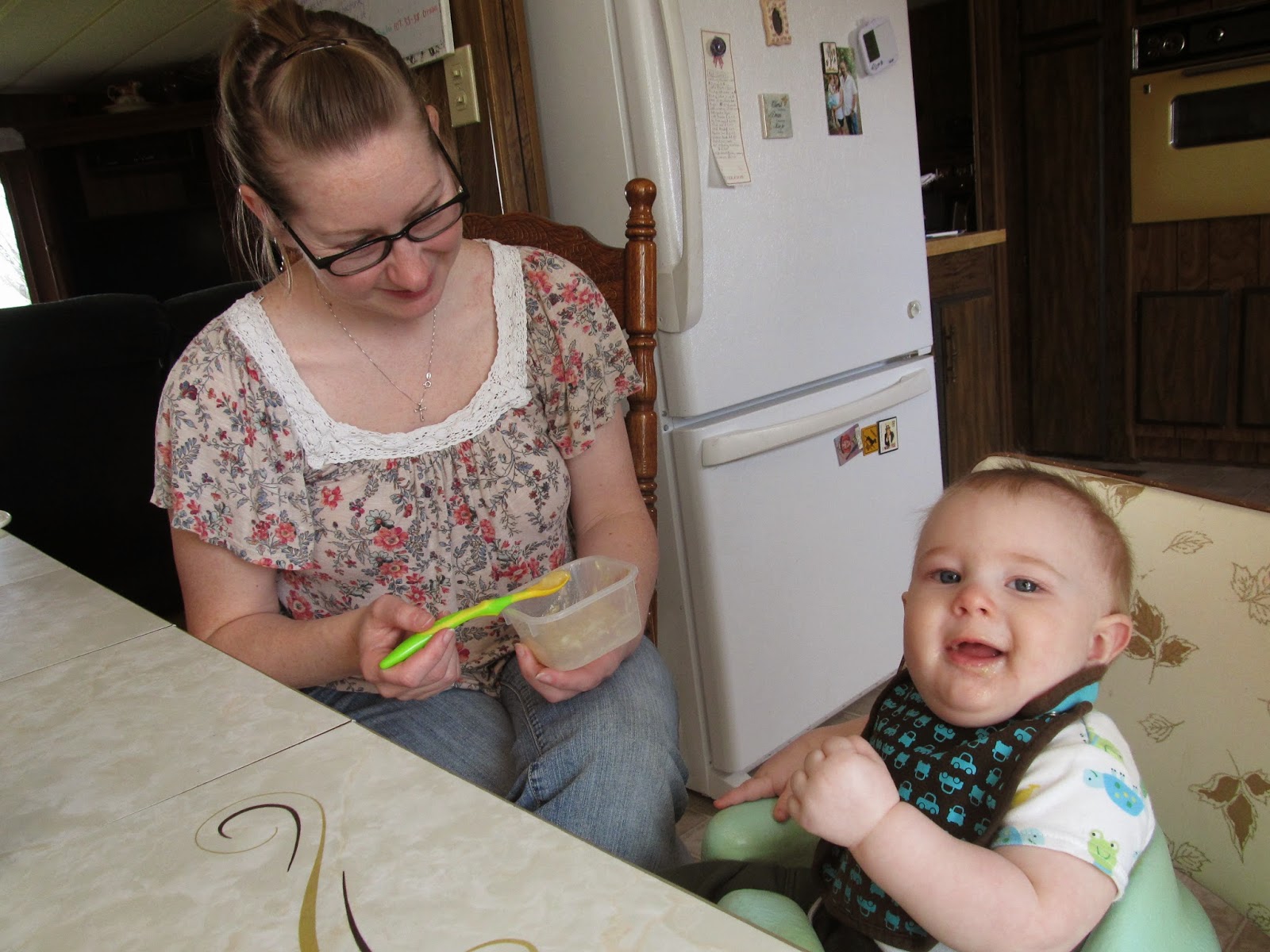 This was the first time we got to meet Jasper, Crystal's youngest son. Oh is he adorable! I was sad to see him go. It was fun having a baby around the house again. Crystal is such a good mom to her boys. The kids loved playing with their cousin Dylan who is just one year younger than Josiah. We are going to visit them in Montana soon. Very excited to see their new home and meet Crystal's husband for the first time. 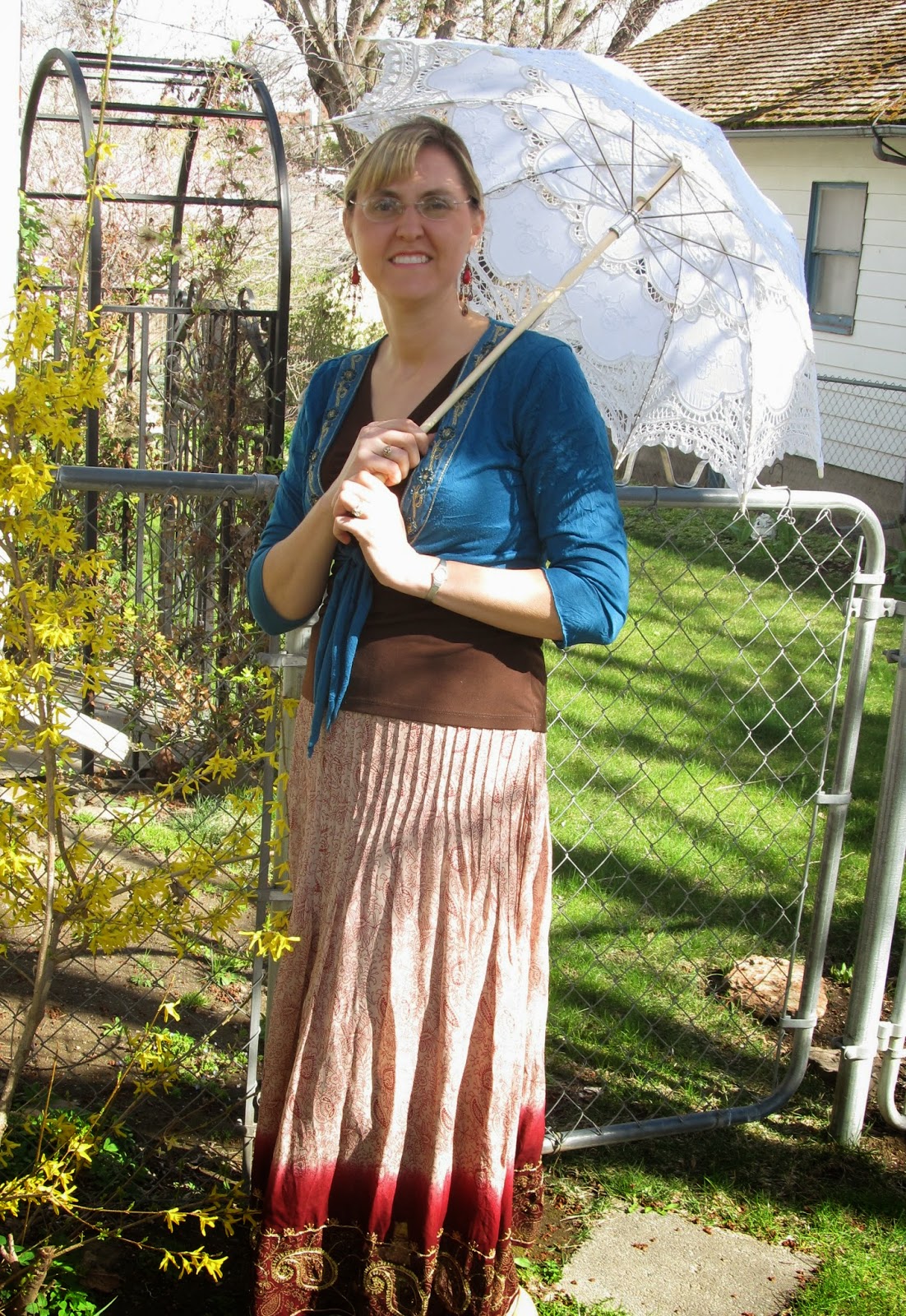 I had a fun 39th birthday, even though Michael wasn't home for it. Mom and Larry made me dinner, took me shopping for a parasol to go with my Civil War outfit, and then they watched the kids for me so I could go to a contra dance. Oh, did I dance, too! So much fun to kick up my heels with old friends. Missed my hubby though, but the nice thing about contra dancing is you don't need to go with a partner. 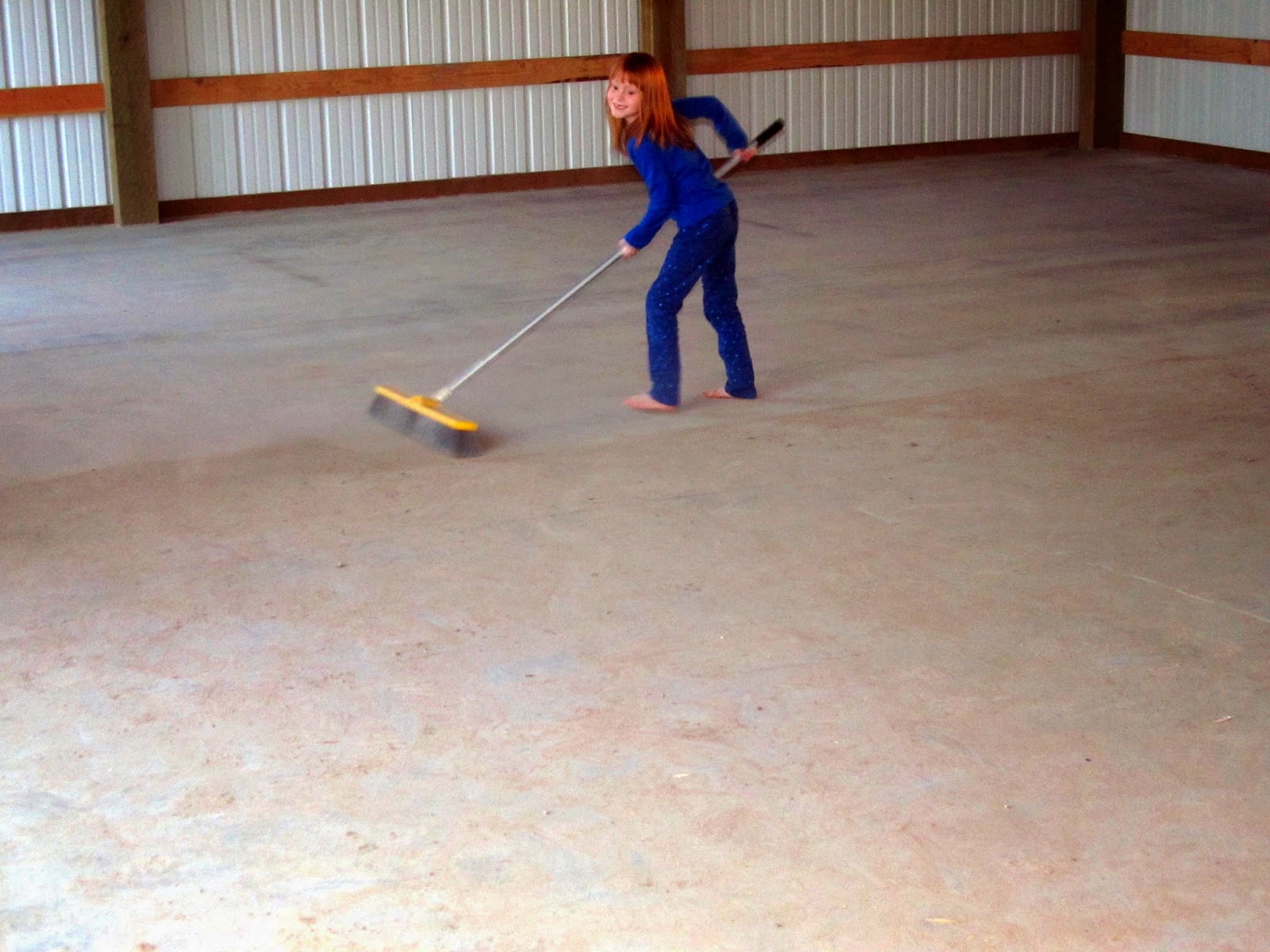 Michael was gone all of March and half of April for a military training, so he missed out on all the company. However, he got to come home to a newly built shop! In the picture above, Hailey is sweeping out the shop in preparation for her Daddy to come home and see it for the first time. Hailey is pointing out their hand prints in the cement. I didn't even have to tell Michael to smile for the camera. He was in heaven! As you can see behind Michael, there is a lot of landscaping and seeding that needs to be done, and we are working on it, a little at a time. Seeing more green every day. 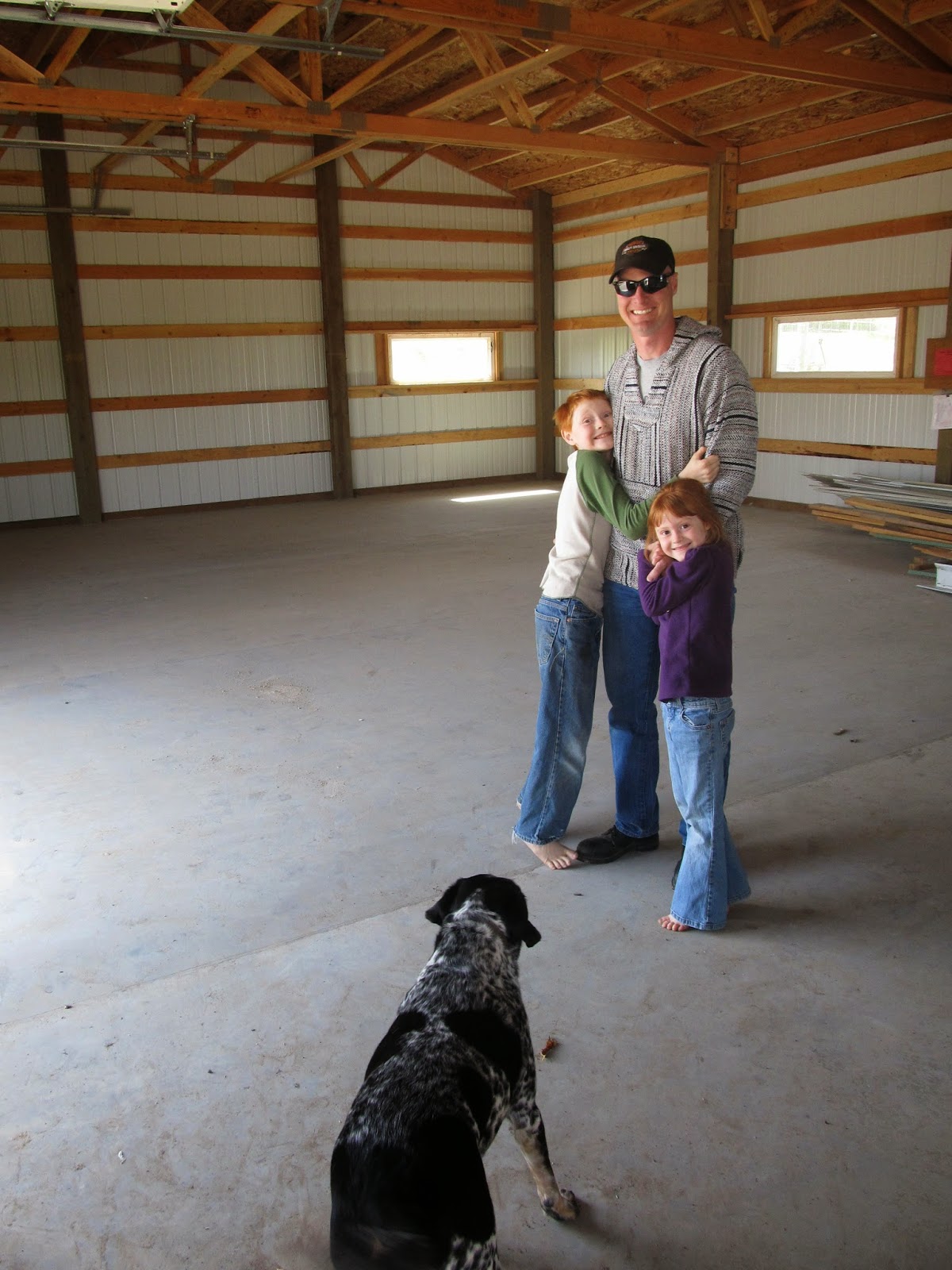 So good to have Michael home again! 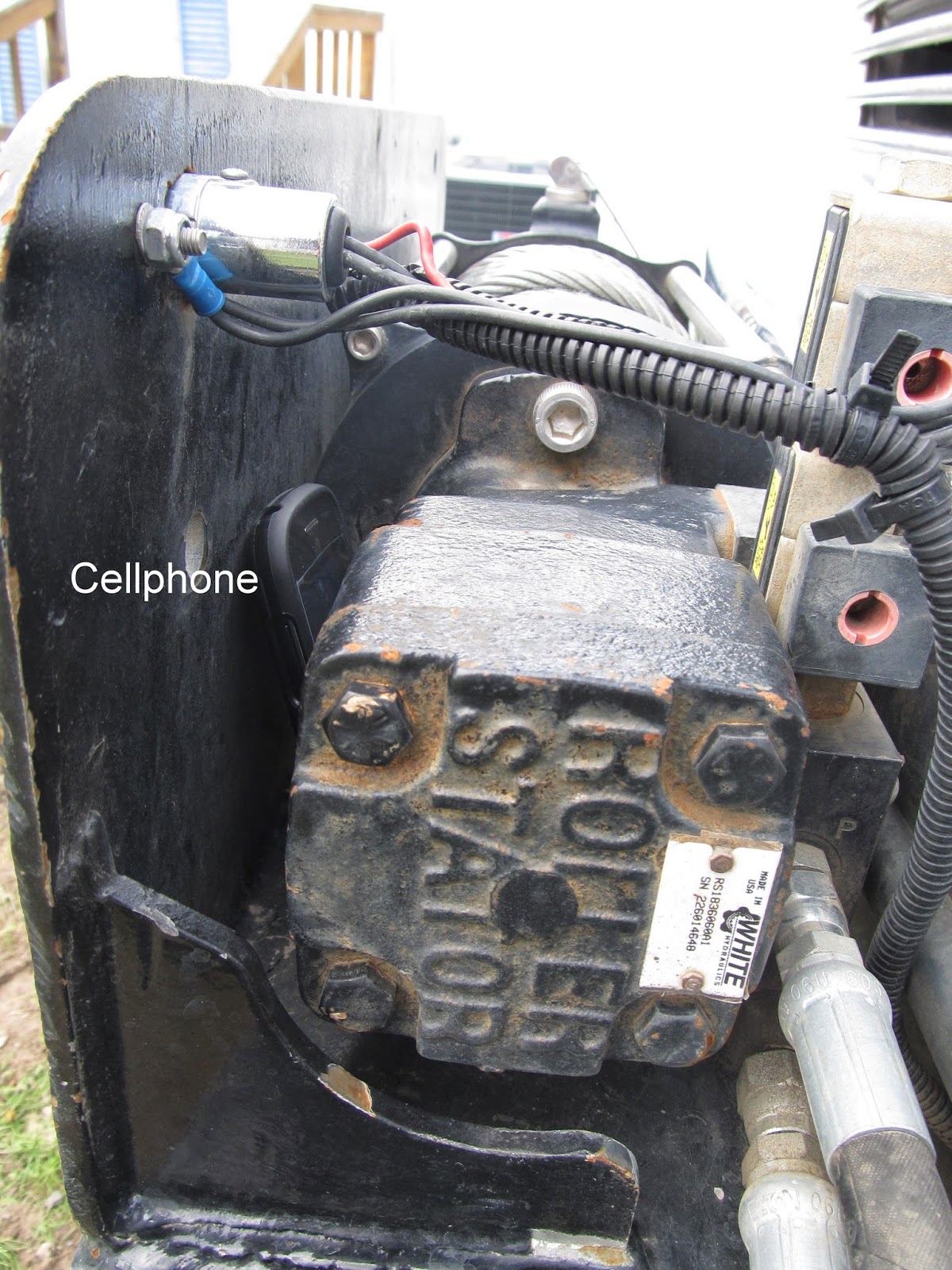 I am one blessed lady! I got to the children's museum and realized I had forgotten my cellphone. All of a sudden I remembered I had left it on the top of the truck at home while taking care of a child's misbehavior. For some reason I felt led to look at the winch on the front of the truck and there it was riding, all the way from my house to downtown. Whew!!! 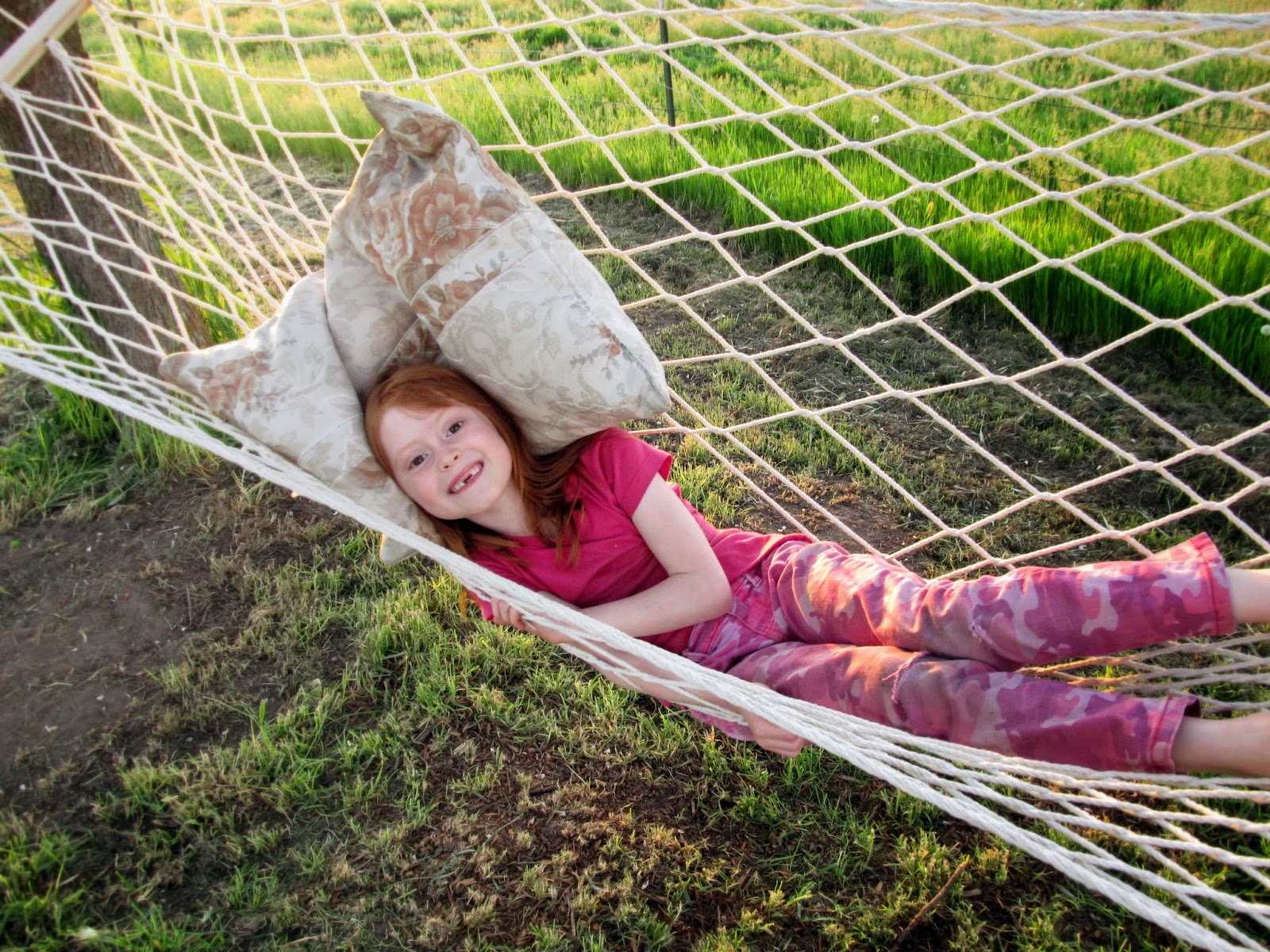 Ever since we moved to this property, I've wanted a hammock to stretch between the two apple trees. I finally convinced Michael to get me one. The kids and I love it! They take turns homeschooling in it, and it is a fun place to snuggle and just take a moment to enjoy each other's company. I'm teaching Hailey to read in that hammock! Oh, the joys of homeschooling :) 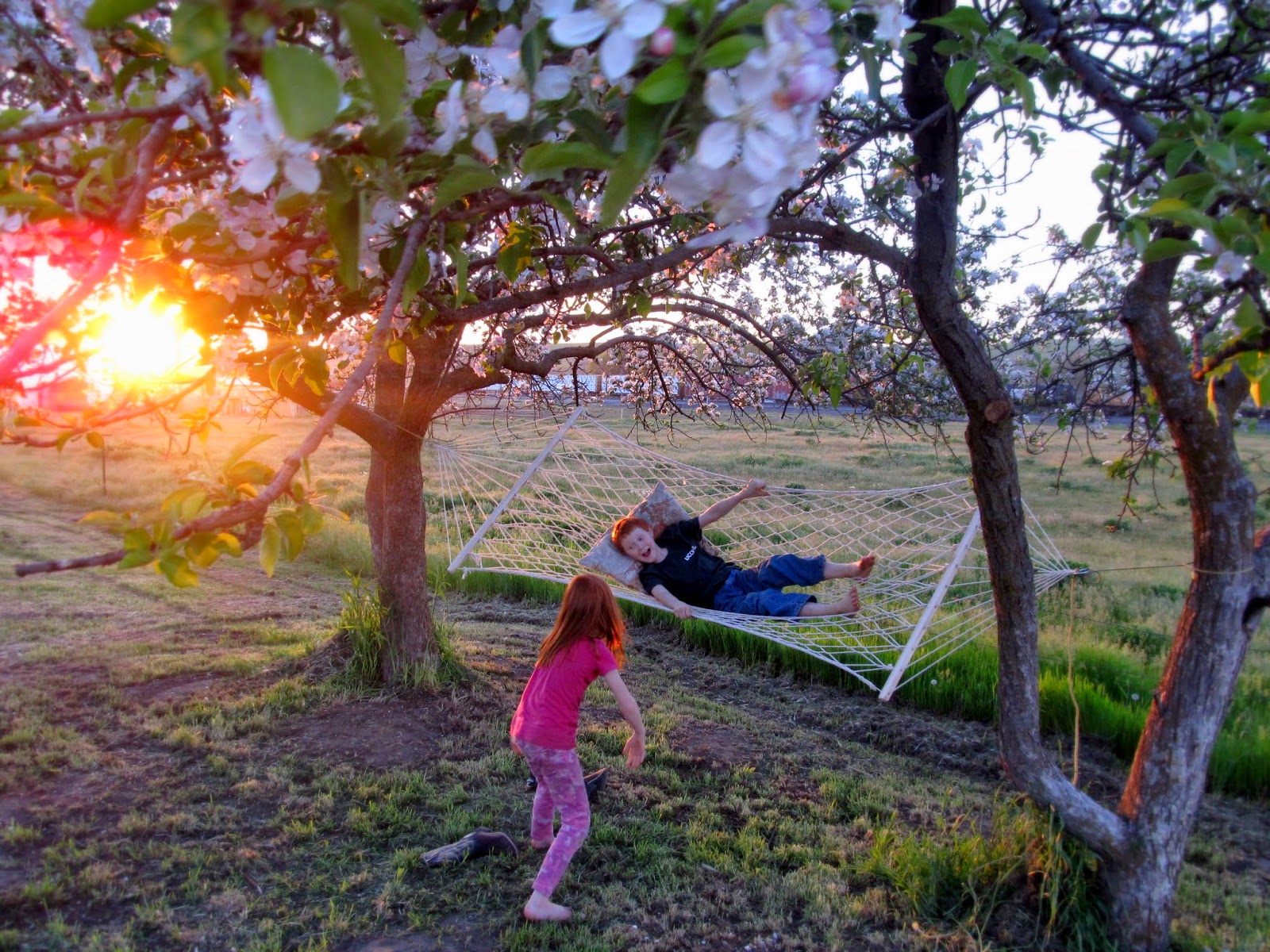 Of course, the kids think it is the most fantastic swing ever and do everything they can to dump each other out of it, LOL. Feel absolutely grateful to God for allowing us to tend this piece of Earth. Been very busy transplanting bulbs and lilac trees and flowers. Need a bit a color around here! Got my garden tilled the other day, but nothing planted in yet. Soon I hope! Michael has been working on getting underground electricity to the new shop. No small job, indeed. Little by little this place is coming along. The kids are learning what it means to live in the country and have a lot more responsibility now. It is good for them, is one of the main reasons we wanted to give them a bit of country life.

God Bless, Jackie
Posted by Cheesemakin' Mamma at 9:58 AM 7 comments: