Who Will Be the Next "Chopped Champion"?

The kids and I have been hooked on "Chopped Champion" recently as it came out on Netflix. One night after watching an episode, the kids decided to do a dessert round of their own. I made myself sit on the couch while they created, silently cringing at what I knew was going to be a lot of wasted food, but also knowing they needed this time to just create and have fun. I couldn't believe all the details of the show they thought of.

So what were the four strange mystery ingredients?

Ready. Set. Go!!! The kids created their desserts in 30 minutes. It was so cute listening to them as they were trying to figure out what to do with those funky ingredients with time constraints. When the time was up they each stood before the judge (me) and explained their creations and how they incorporated each ingredient. 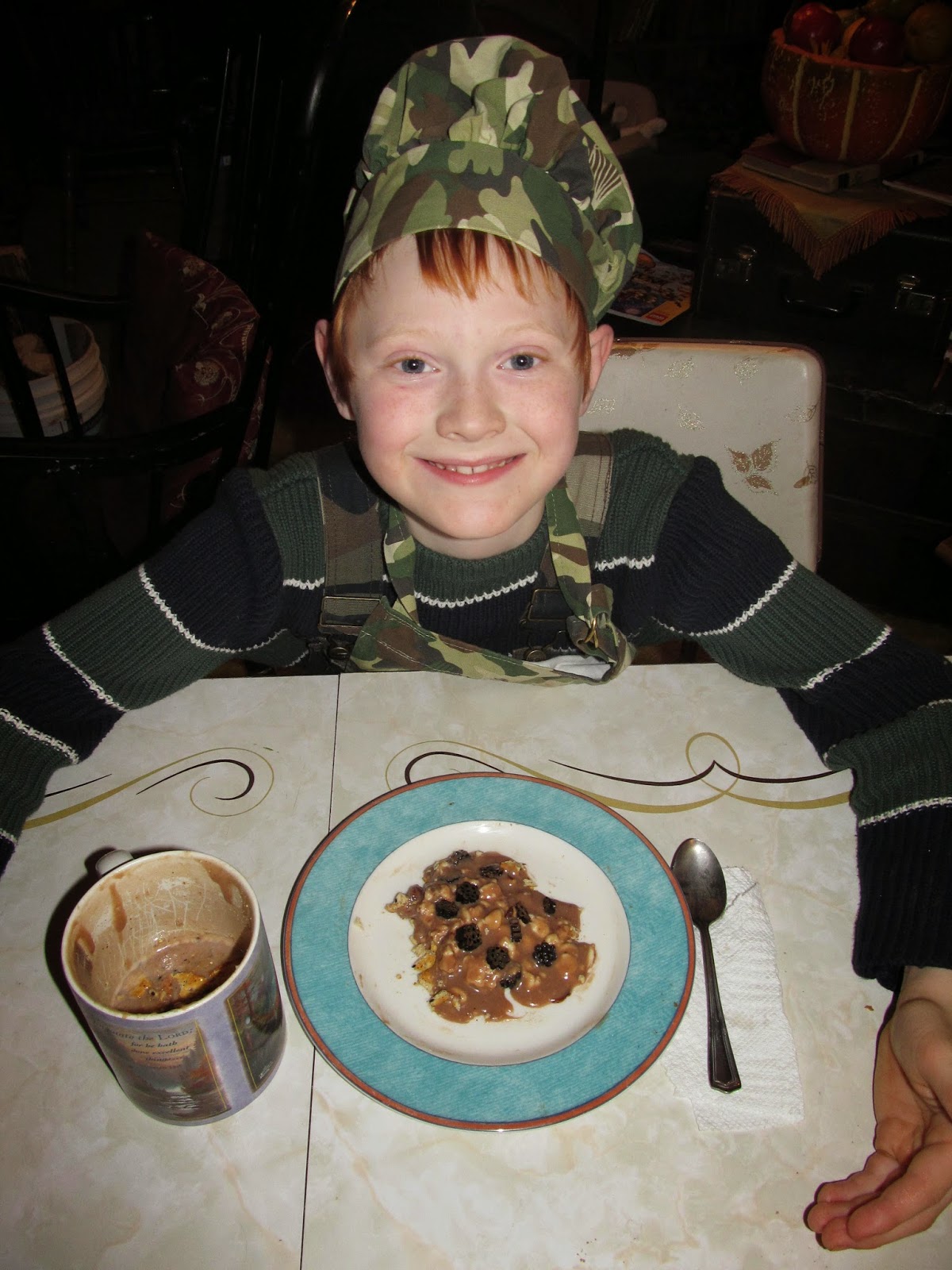 Josiah came up with a drink of melted white/dark chocolate in milk with the crackers crumbled up on top. 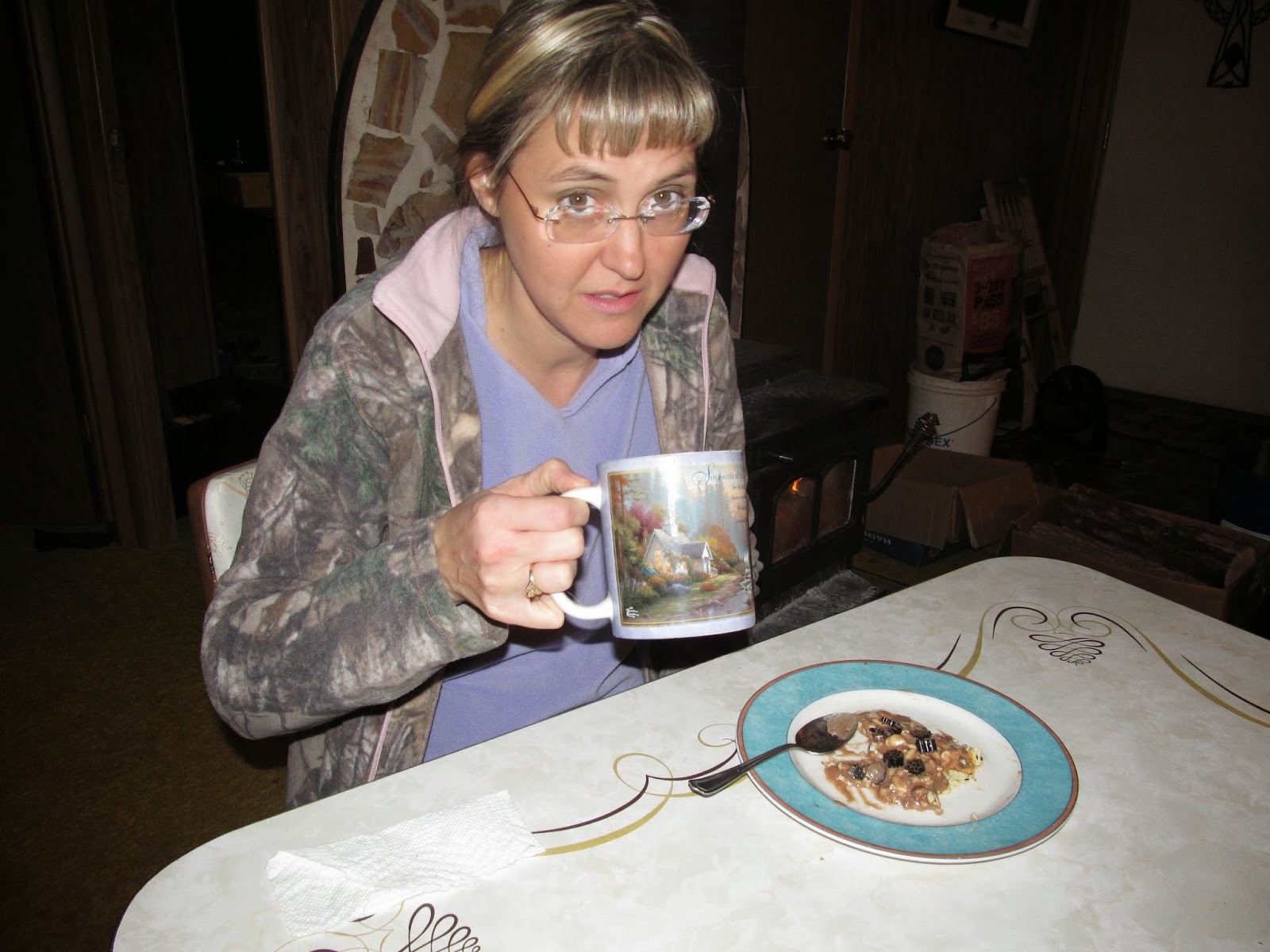 It was unique to say the least. He did do a better job with his dessert entree which consisted of melted white chocolate and chopped up dark chocolate almonds, mixed with finely chopped ancient grain crackers and small slices of black licorice. 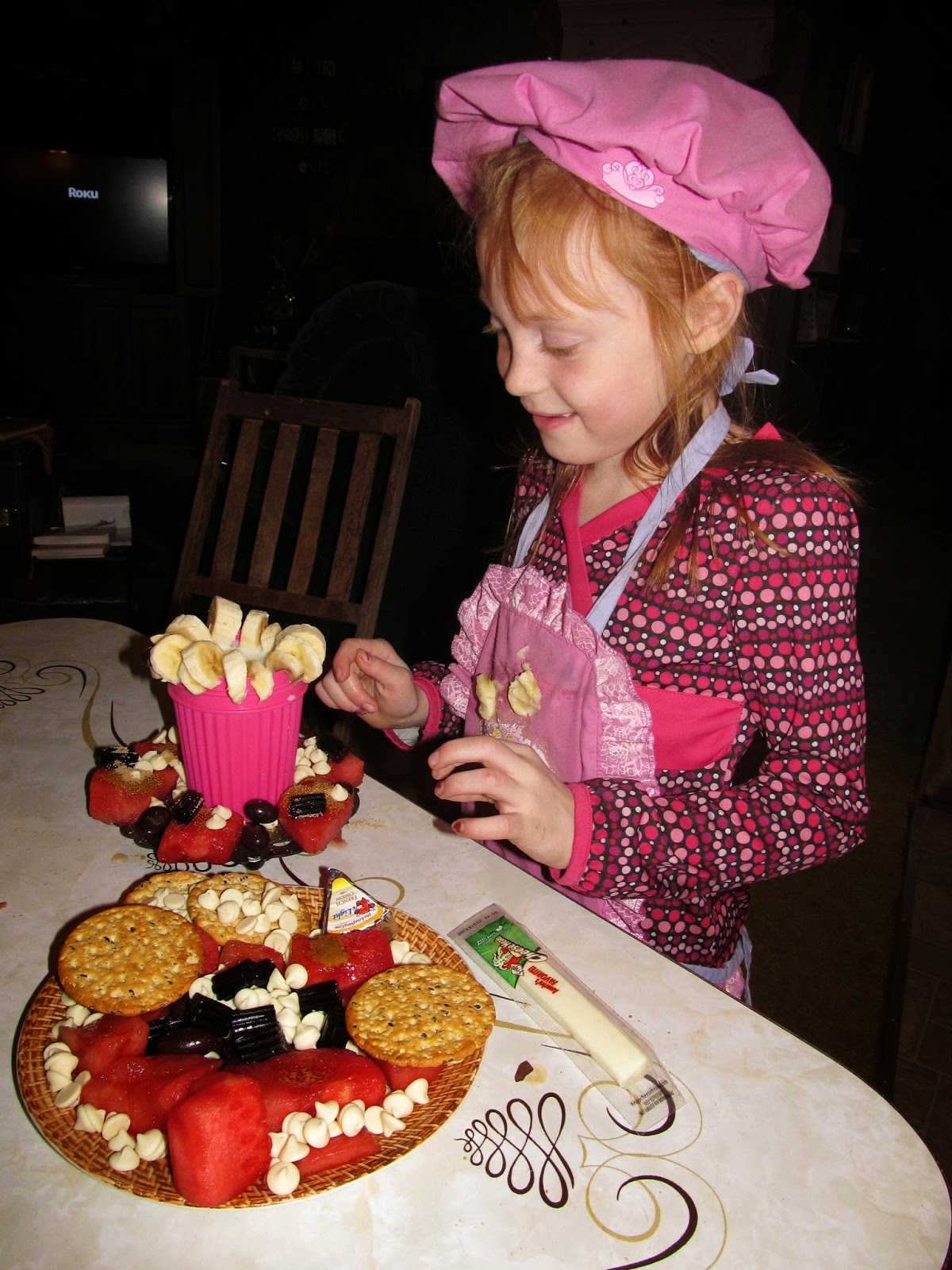 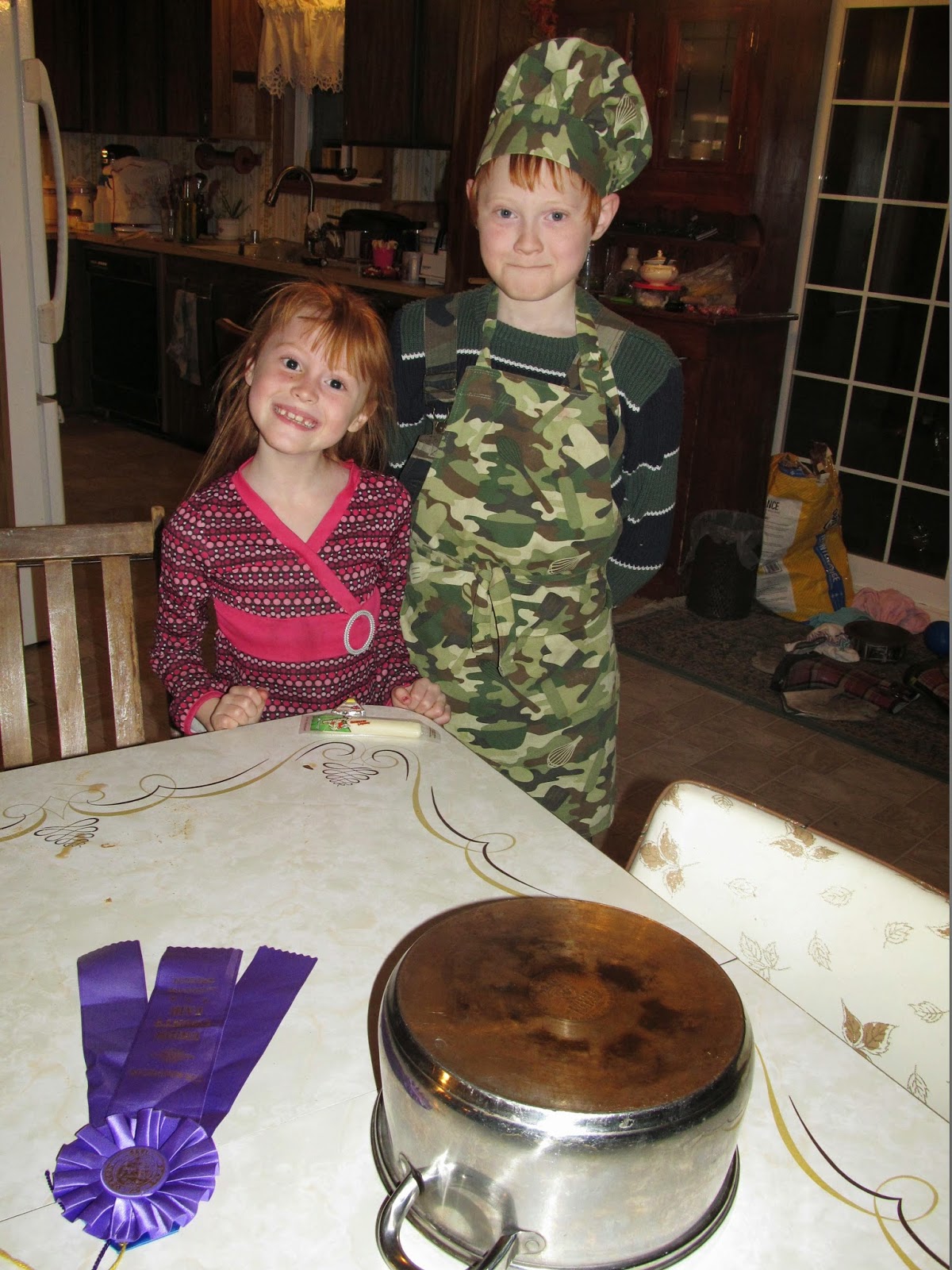 The kids went into the other room while I placed the losing plate to be "Chopped" under the silver pan (closest thing we had to a silver platter). We used a past fair ribbon for the "reward". I, the judge, then complimented each contestant on their strengths. Hailey's was aesthetically pleasing and she was brave enough to bring in other ingredients, while Josiah somehow managed to mask the flavor of the black licorice in his entree, a real feat indeed. Then I pointed out where they could improve. Josiah's entree looked like barf and his drink was inedible, while Hailey kept her ingredients too separate and the savory cheeses didn't quite go with the dessert concept. BTW, the barf comment had them both rolling on the floor with laughter.  It was a tough decision, but it all "boiled down" to taste for this judge. 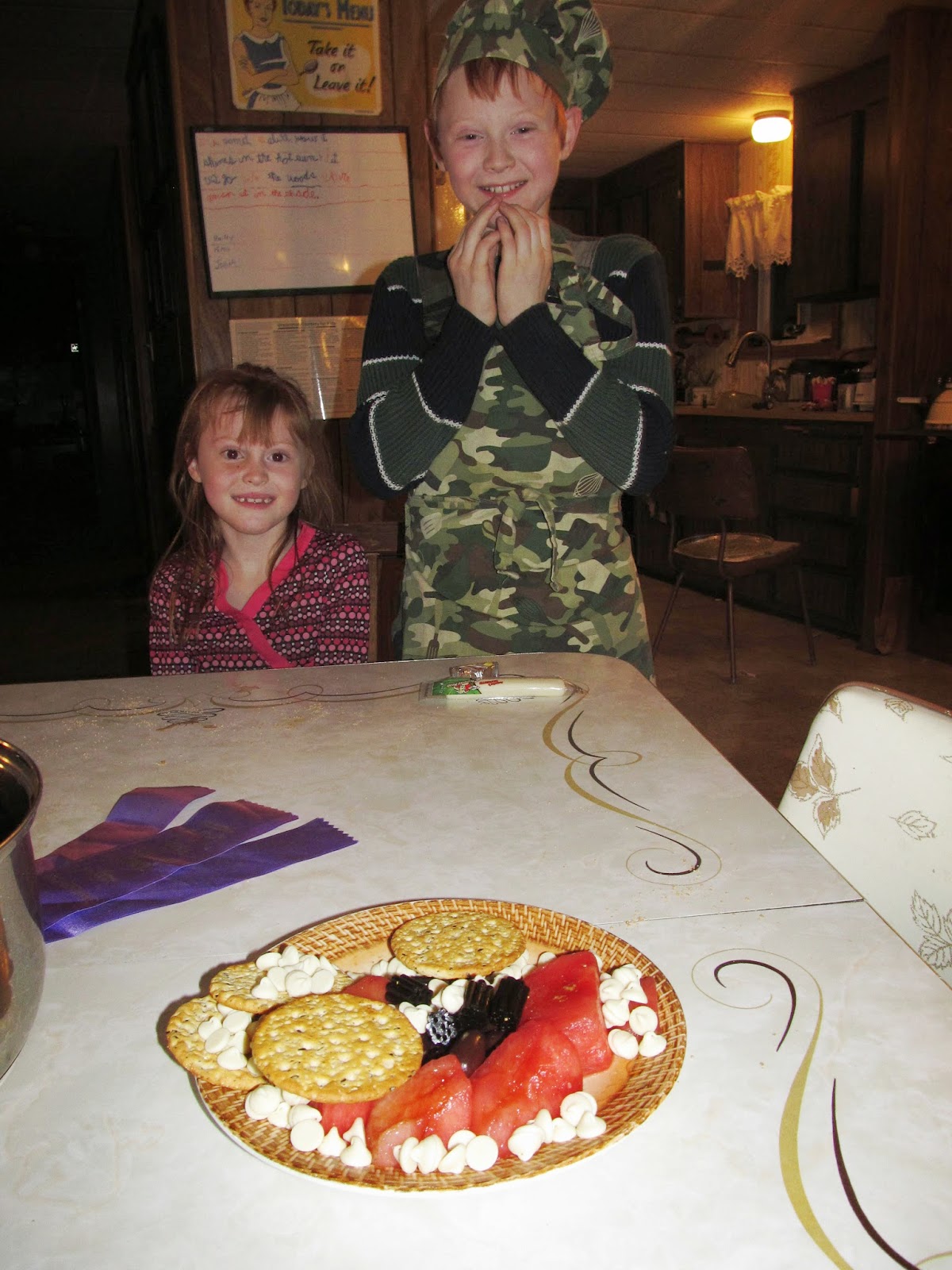 The contestants anxiously look on for the unveiling of the chopped dessert. And it was Hailey's plate under the platter. She was a good sport though. 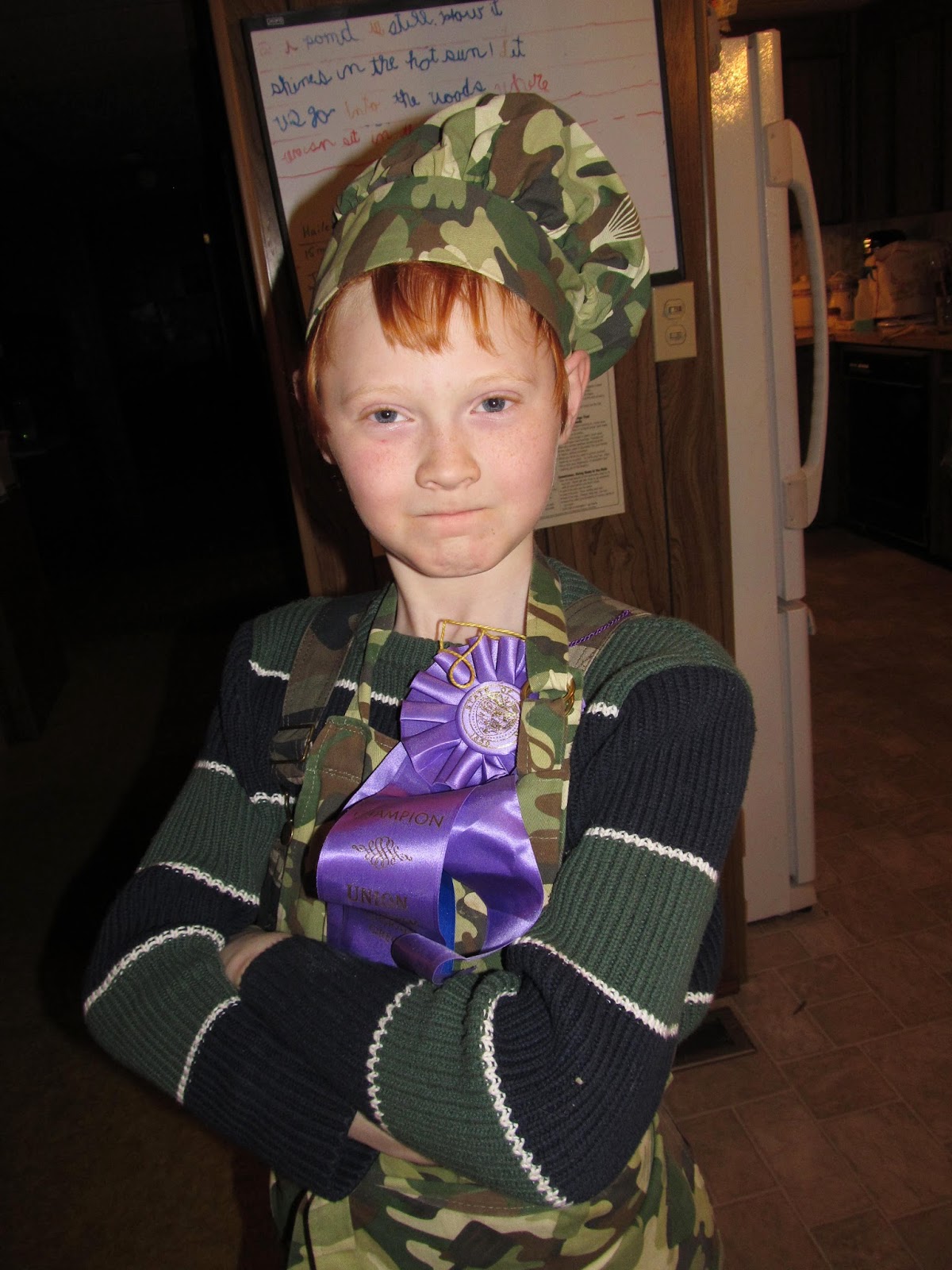 And Chef Josiah (by the skin of his teeth) became the Homestead Wannabes's next "Chopped Champion"!!!! And the studio goes wild!

These are the things memories are made of, people. Yes, they stayed up too late to do this and yes, the kitchen was a mess after all that creativity, but it was so worth it. Unlike the TV show, they had to clean up their own mess. Yep, this is REALITY TV!

Now go make a crazy memory with the kids in your lives. 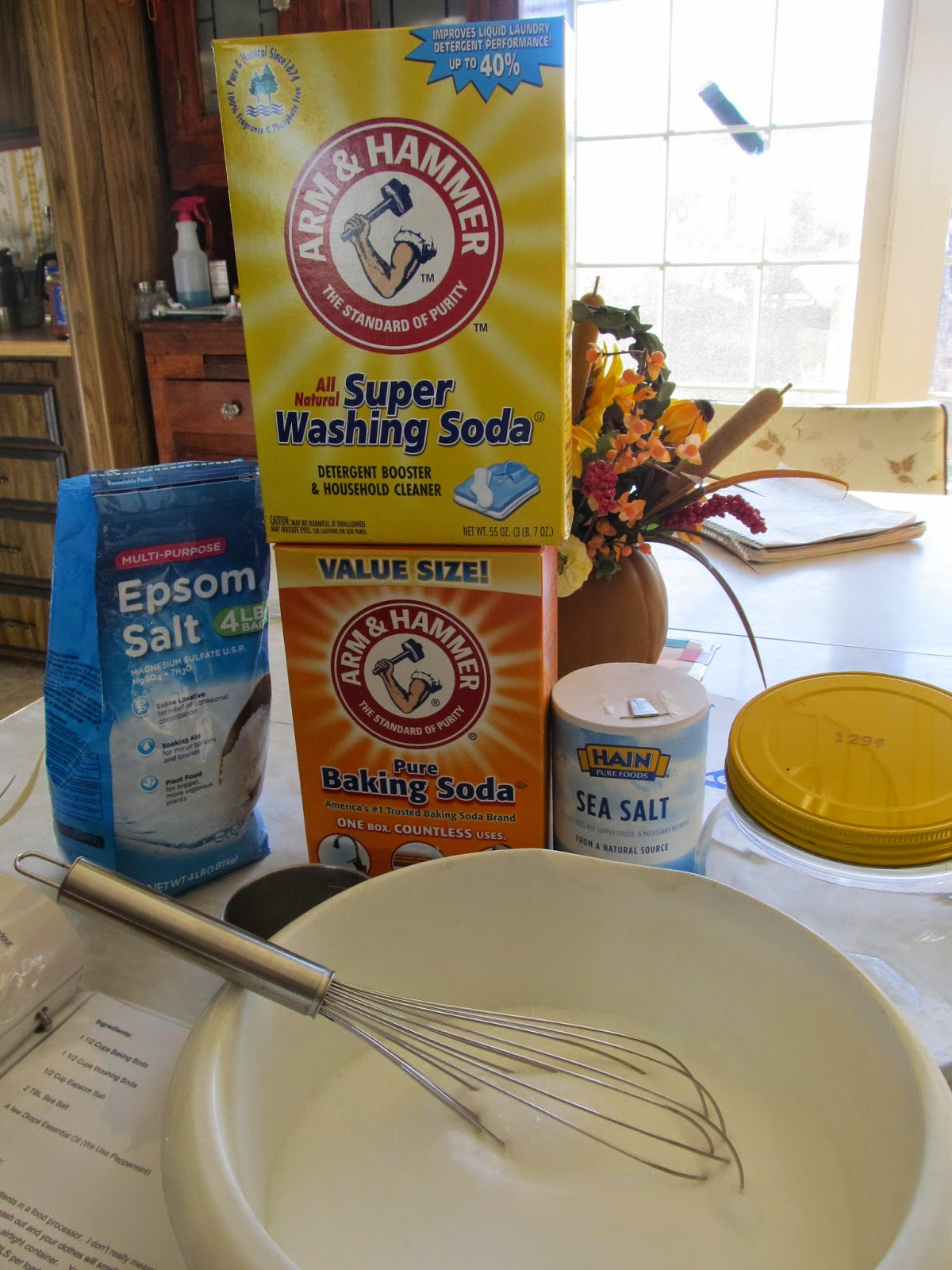 A friend of mine, Cherylene at Rare Rubies Homestead, posted this recipe a few months ago and I decided to try it. I'm sure glad I did because I actually like this recipe better than the wet version I've been using for years with Zote soap. We have a very small laundry room and this takes up way less space (no need for that 5 gal bucket anymore). I think my whites are staying whiter, too. Another advantage is that it takes WAY less time to make and it is just as inexpensive. So without further adieu, here is the recipe for a double batch:

(you can add some essential oils if desired. Personally, I don't mind my laundry being unscented.)

Instructions:
Combine all ingredients and mix well either by hand or food processor. I chose to mix it by hand and it didn't take long at all. This doubled the recipe fit nicely into a 1/2 gallon mason jar, which worked great. I use 2 Tablespoons per load because I always do really big loads. Personally, I think this works best on the warm/hot water cycle for whites, but seems to work fine on cold cycle for other colors. This recipe is safe for HE machines, too.

Hope you enjoy this recipe as much as I did. Thank you, Cherylene!