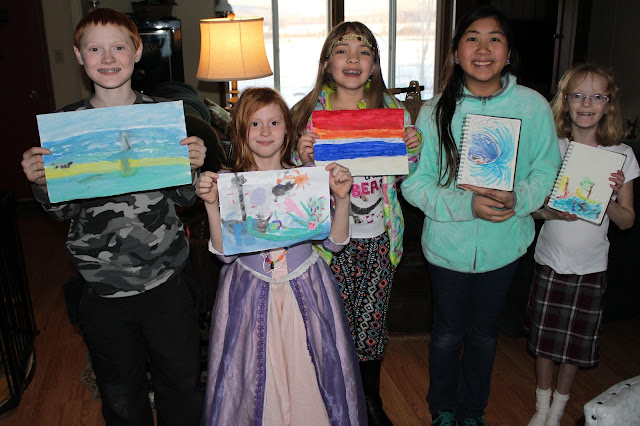 Due to sickness, we had to double up on our weeks in order to get through The Horse and His Boy and stay on track for the year. I forgot how much I loved this book! There were so many good vocabulary words that ended up generating wonderful discussions. Here is a picture of all the kids with their watercolor seascapes they painted after we looked at several famous artists' works depicting seascapes. 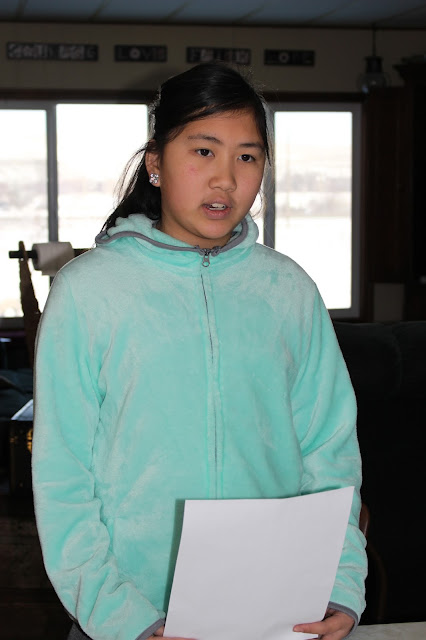 Gracia told us all about the art of story telling. She has a gift for story telling herself, so this presentation was right up her alley. 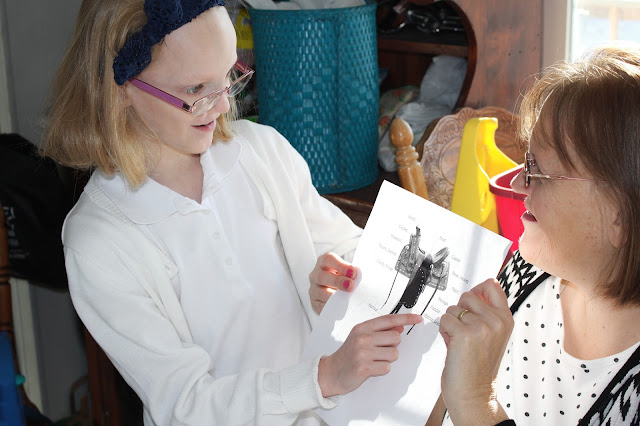 Naomi showed us the basic parts of a horse and its riding gear using several helpful diagrams. 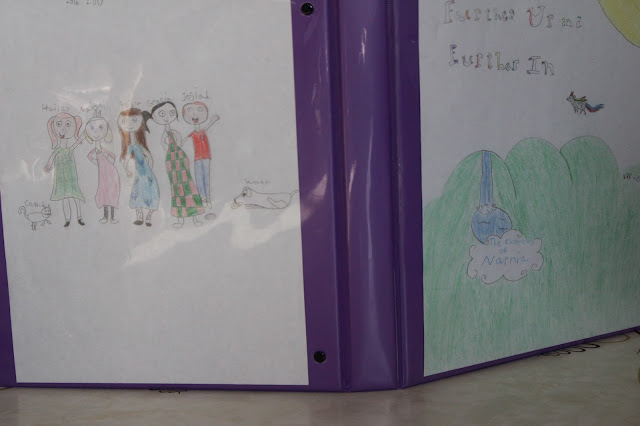 I had to take a picture of Alli's Narnia notebook. She drew each of the kids in the co-op, even Cuddles and Champ. It is super cute! 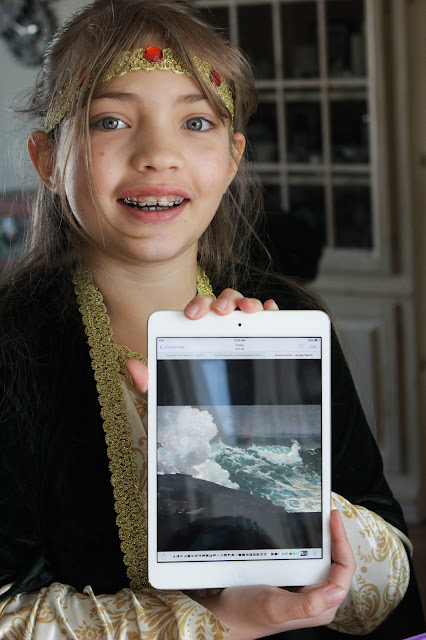 Alli showed us famous artist seascapes. Some of them were indescribably beautiful. 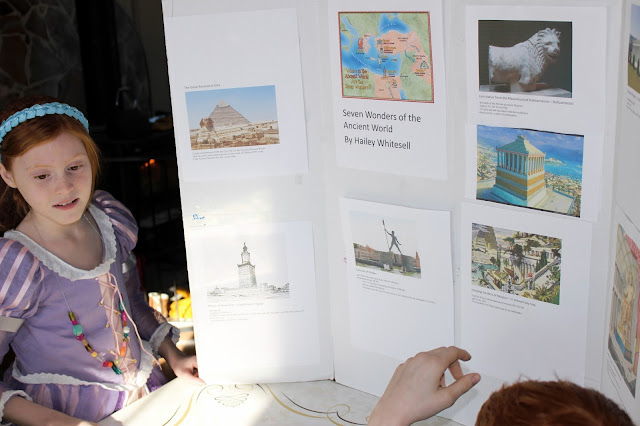 I learned a lot while helping Hailey with her Seven Wonders of the Ancient World presentation. I didn't realize that only one - the Pyramid of Giza, was still in existence today. 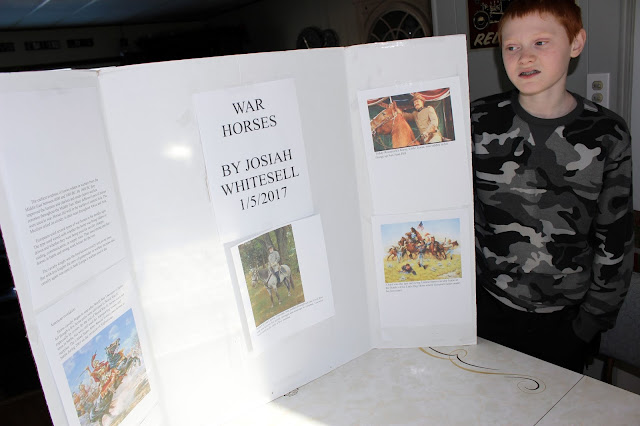 Josiah told us the history of the war horse and gave us some examples of famous war horses such as "Traveler" who belonged to Robert E. Lee during the American Civil War. 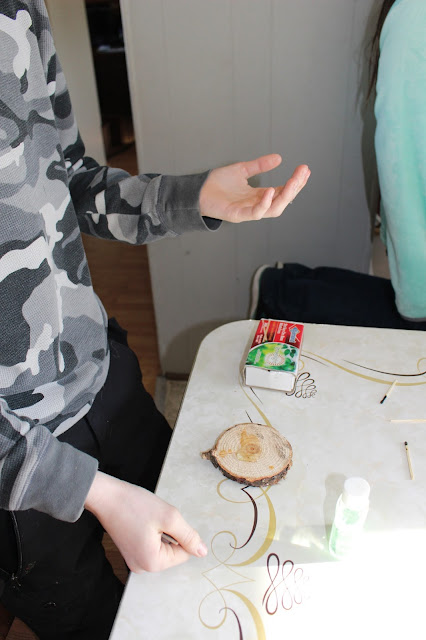 Josiah did a science experiment involving fire. He was showing us the differences between cool flames and hot flames. 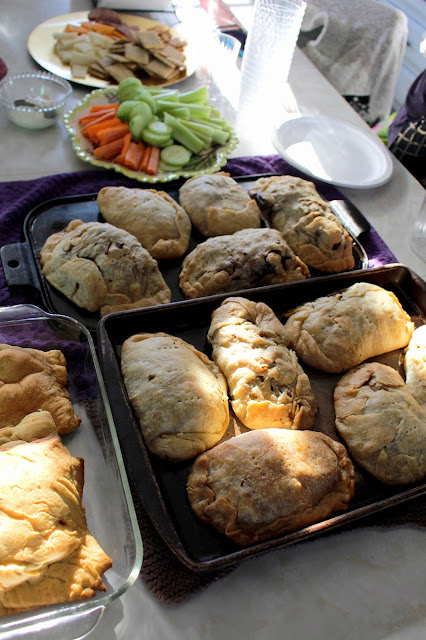 We had a traveling Calormen feast that included meat pasties, fresh veggies, cheese and crackers. We topped it all off with some sherbert which is actually a punch in England, rather than having an ice cream consistency like we have in America. 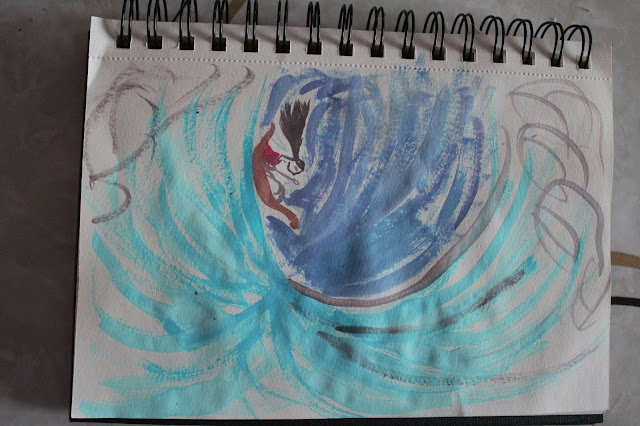 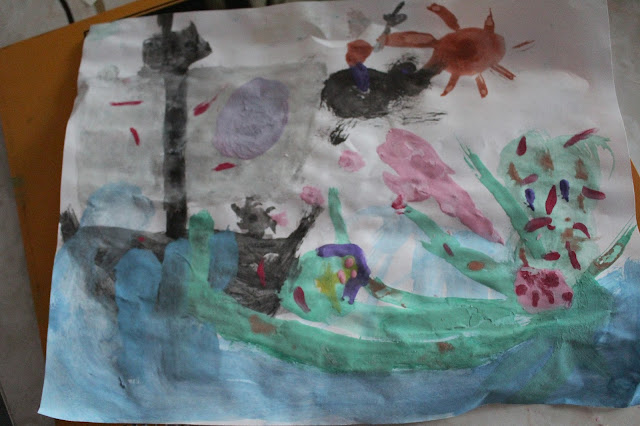 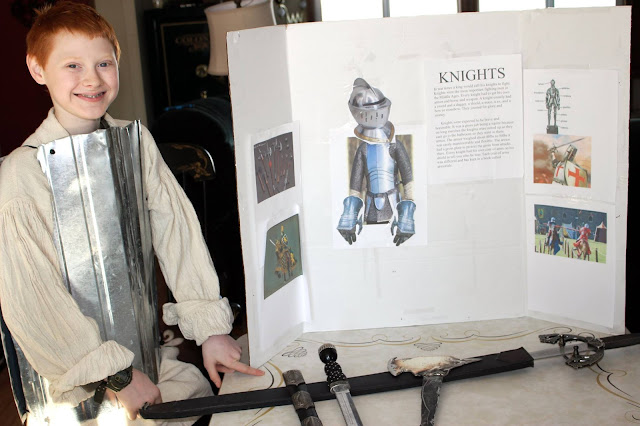 Josiah taught us about knights and their armor. He showed us the battle ax he made from scrap
metal in the shop and he even made his own suit of armor out of leftover tin roofing we had laying around. 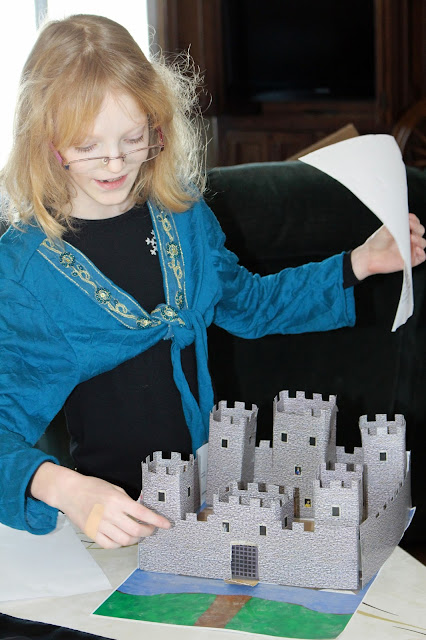 Naomi showed us all the basic parts of a typical medieval castle using a wonderful model. 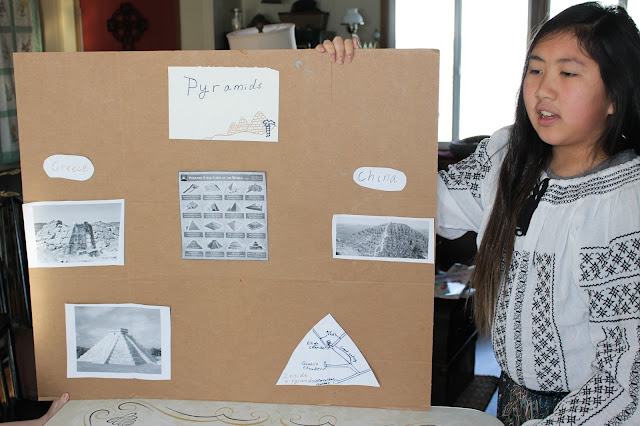 Gracia showed us different examples of pyramids found around the world. Super interesting! 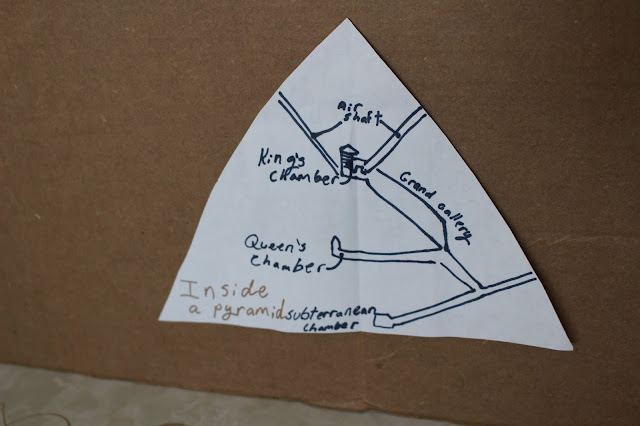 Here is the inside of an Egyptian pyramid. 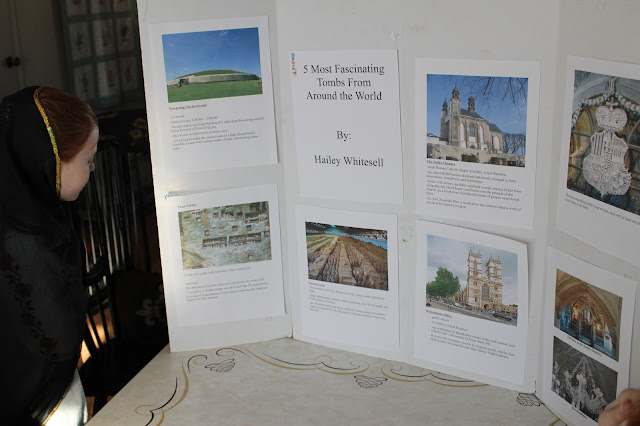 Hailey showed us five fascinating tombs from around the world. I didn't know about most of these. Quite an interesting topic for sure. 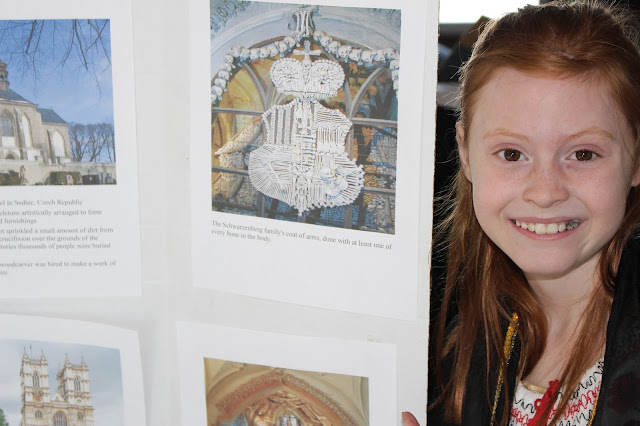 The weirdest and most macabre was that of a Catholic church found in the Czech Republic. It was decorated with the skeletal remains of many, many of the people who had been buried there over the centuries. Eventually an artist was found who actually turned the bones into art, even creating a coat of arms for the family who sponsored the venture. It was made out of at least one of every human bone in the body. 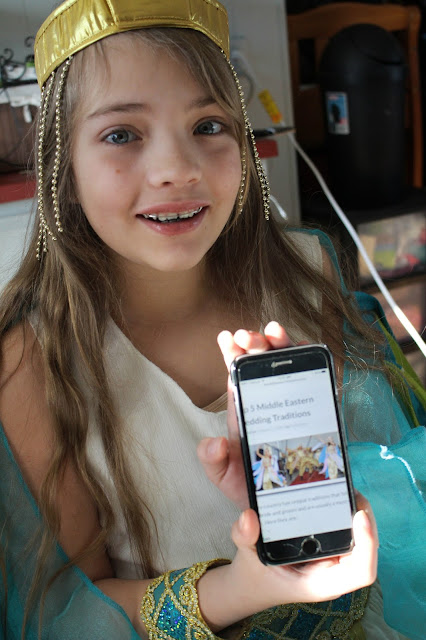 Alli showed us some examples of Mediterranean wedding practices. 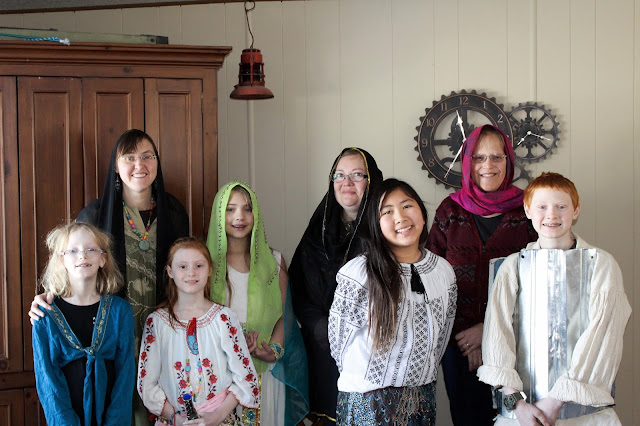 We all dressed in clothing that we imaged the Calormen people would wear. 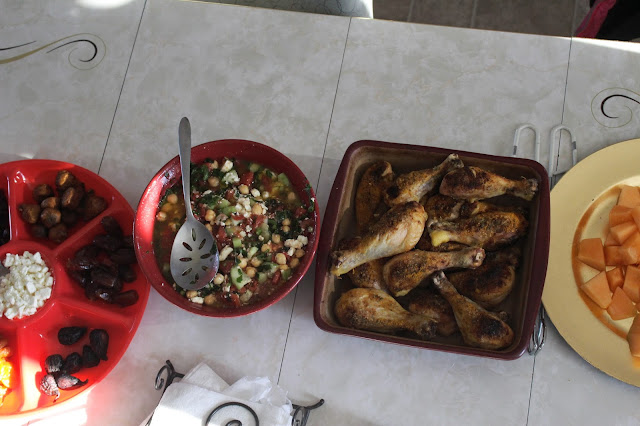 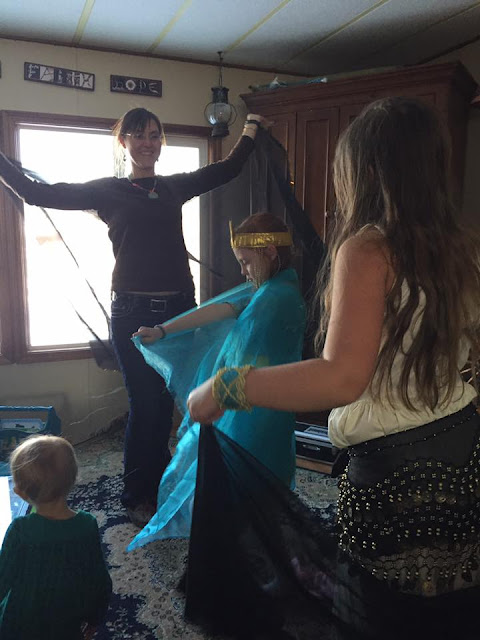 After the feast I got the shimmy belts out, turned Pandora to Middle Eastern folk music and taught some basic belly dancing moves. The girls, and Amanda, were great sports and I had a wonderful time dancing with them. I think the girls must have danced for 2 hours! 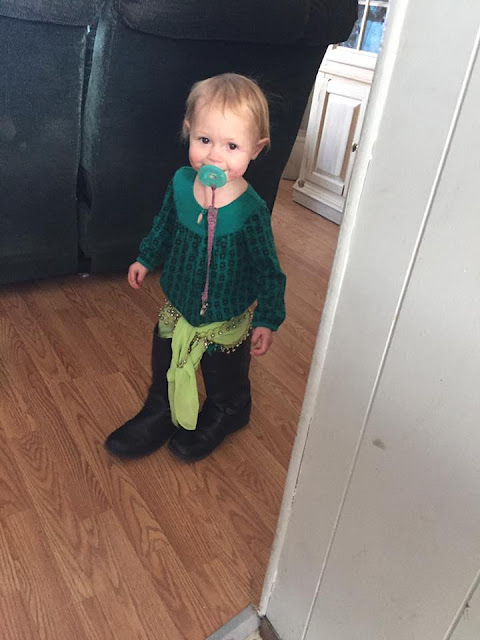 Even Rina got in on the dancing! 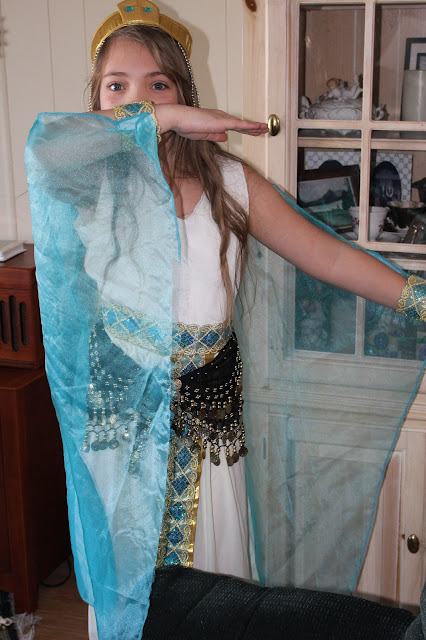 Alli looked gorgeous in her Egyptian costume. She is definitely a gifted dancer and picked it up quickly.

We sure had a lot of fun with this book. Looking forward to reading Prince Caspian next!